[Poll] Would you like to see the original AoE 3 deck builder layout brought back?

I’m curious to know what other people think about this matter. I’ve been playing AoE3:DE since the beta stage and after more than 400 hours of playtime, the way that cards in the deck builder are just dumped together in one barely organised group still bothers me and I feel the original game’s layout was more user friendly. There have been several other topics like this one, but I don’t think there has ever been a poll about it.

In the original AoE 3 games, cards that could be picked were arranged like this:

Now compare this to the layout in DE:

I know the old nations’ cards so well by now that finding what I want is rarely an issue, but the new layout just doesn’t feel as user friendly to me, especially when I’m building a deck for one of the new nations whose cards I do not know by heart and that are, in some cases, not even grouped by relevance as well as the examples shown above. How is a completely new player supposed to feel when faced with this?

Here is an example of where cards are poorly grouped from the Hausa:

I’ve highlighted three different groups of cards you would reasonably expect to be grouped together here, but that are scattered all over the place. This layout isn’t even as organised as the German example.

The deck builder UI in DE really deserves more love than it has gotten, in my opinion. For such an important part of what sets AoE3 apart from the others, its new design feels like an afterthought to me compared to the original.

What are your thoughts? Also, if you can find any of the old threads about the topic, feel free to link them.

I just want the ability to rearrange decks.

For sure! I almost forgot to add that to the post.

I would like the tech tree layout to come back. It is more intuitive. 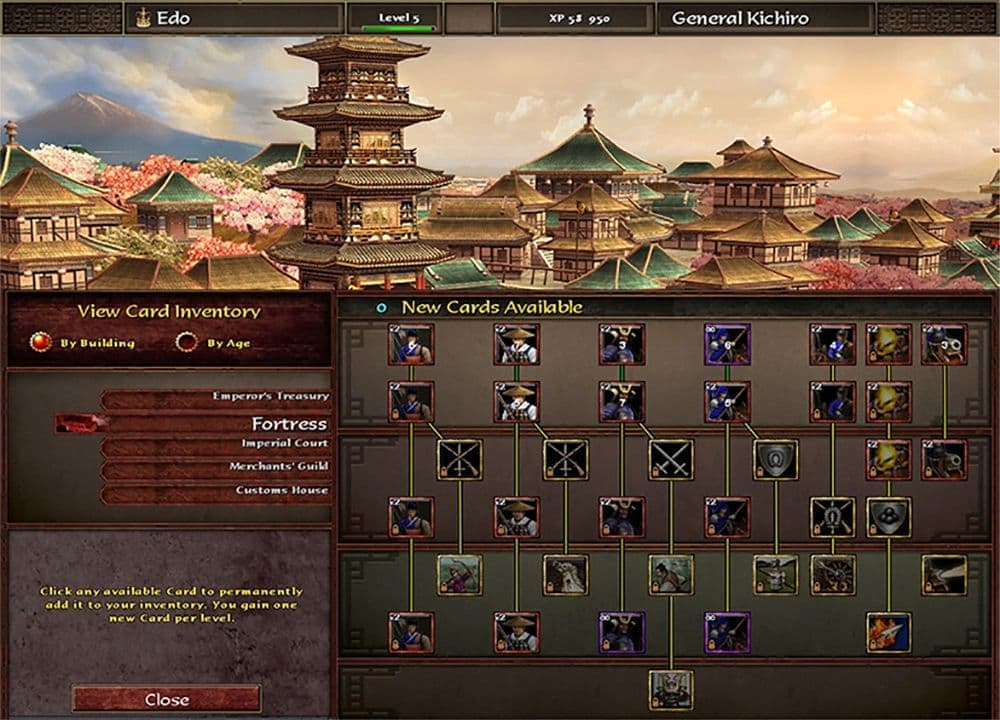 It would also be nice to be able to filter the cards according to their function: Military upgrade cards. Economic improvement cards. Cards of military units. Economic units cards. Supply cards. Mercenary or native unit cards. Naval Cards (Ships or Naval Upgrades) Edifices cards. (Improvements or buildings) Mixed cards. (Different things at the same time). Treaty cards. Infinite cards. Team cards. Specific cards (such as consulate cards) It would also be good if the cards wer…

Can we get a search box for cards? III - Discussion

It would make it easier to find cards. Thanks.

No! I prefer the new layout.

Actually there is no new design XD.
It’s the same as before, except that the cards don’t appear in a conceptual order, as they did before in the base game.

I do agree that the Deck Builder UI in DE does need to receive more love than it has gotten because I want to see what happens about the Decks in the future and also so we can see more cool stuff with the Decks.

I’m surprised at how many people prefer the new layout. Why is that? Perhaps some of the people who voted for it can share their views.

At the beggining, when I didnt have my own decks, I missed some must cards (such adv arsenal for treaty) cause that order, I didnt realize until the battle time

I think you are right about it being harder to find cards related to each other. I would prefer the old layout but leave it that all cards are unlocked

I definitely agree that all the cards should stay unlocked. That was a major upgrade over the original game when it comes to multiplayer. I was just thinking about the layout itself.

4th option: a modern and better design without going back to the old one.