Polsih voice lines are not Polish

I’ve just started to playing as a Poles in DoD and I can tell you that it HURTS MY EARS ( I know the language). There is nothing in Polish like “Jestem sprawiaczką” (one of female workers line) and I’m sure that even google translator wouldn’t create such a monster - it’s like “me be act person” or something but I’m not sure as I can’t even guess what was the origin of it. Same about “rozkazania” - it’s not even about wrong declination but it’s about words that DOSEN’T EXIST IN POLISH LANGUAGE. I know that for someone “rozkazy” which is correct and “rozkazania” might sound close enough because some letters are same (lol) but someone just developed whole new language. It’s also about “sprawiacz” and rest of the lines of which some are correct and some have changed order of sentence. It’s terrible and awful and I know plenty of people/tools (even google translator) that would do better job for free. The question is when it will be changed? I would ask “if” but it’s so terrible proof of laziness that it’s really disgusting and I don’t want to believe that responsible team not gonna fix it.
@Edit even when you send vills to harvest resources they speak like aliens. It was really that hard to ask one pole if it’s ok? I’m angry because you guys take money for that - and this is just laziness…

But you do know you are complaing on your own history and language ? You know that you are playing medieval game and your units speak old Polish ?

If any developers/moder sees this thread - thank you so much for putting so much effort into Polish civilization. Please, do not change Polish voices in game, nor Polish theme - it’s beautiful. Thanks so much that Poles are using old Polish which gives more depth to medieval game. 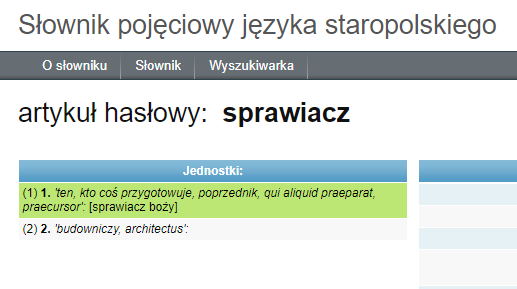 Could be an older, medivial version of Polish maybe ?

It is old Polish. OP is complaing, because Poles in AoE II - medieval game, don’t use modern Polish language.

Every word that Poles use in AoE II sounds properly, there is no mistake and our encyclopedia confirms that words such us “sprawiacz/sprawiaczka” are from old Polish. Developers did extra job to work harder on Polish language and they did amazing job.

Few points.
No, I do not complain about not-modern Polish or my own language and history.
Yes, I do apologize for overreacting.
Yes, I do apologize about “sprawiacz” word. I do thank you for explanation. No, I was not lazy when searching - I had to add few “-” for some words/declinations and than I found it but before I was not able to found it.
About “rozkazania” I’ve needed more time to overthink declination and meaning - it makes me dumb for sure, not lazy. Sorry again.
To additionally explain why it hitted me so hard is fact that I’ve never considered that in AOE2 probably all nations use singular denominator when send to harvest some resources. Now acctually all civs starts to sound super wired for me but it’s totally my problem.

To summarize - FenomenoAOC is totally correct, I’m totally wrong and I’ve overreacted. I do apologize and admit that I should made better research. Additionally FenomenoAOC - thank you for learning me something new and sorry for making you mad.
Topic can be closed or left for others to learn on my mistake. I’m not gonna edit my post as it would be unfair.

Sorry all and see you in lobby!

I mean, sorry because I overreacted too, but I’m crusaiding against people who are against current in game Polish voice. Devs put really a lot effort and work to make it more historically accurated and If I remember well lastly added Bohemian and Sicilian languagues are modern languages.

I’ve been waiting for the Poles for so many years and they addition to the game is perfect.

Also because you only pointed out “sprawiacz” and “rozkazania”. Polish fisherman is saying “rybitw”. This word also doesn’t exist in modern Polish, but in Old Polish: