You cannot even do the first objective because the TCs are both destroyed before you can save one.

Can you show us a video? We cannot reproduce this issue, I tried to save one TC in hard and it was possible for me

I managed to save both TCs on hard just an hour ago. Perhaps you’re simply not acting fast enough or are focusing the wrong targets?

No idea really. I am on hard and made them go to the south TC as soon as the game started and somehow made it too late

I’m going to try as you say…

Edit:I did it and it gave me time to defend both TCs…

On moderate difficulty both TC-s are destroyed by enemies at around 1 minute mark for me. 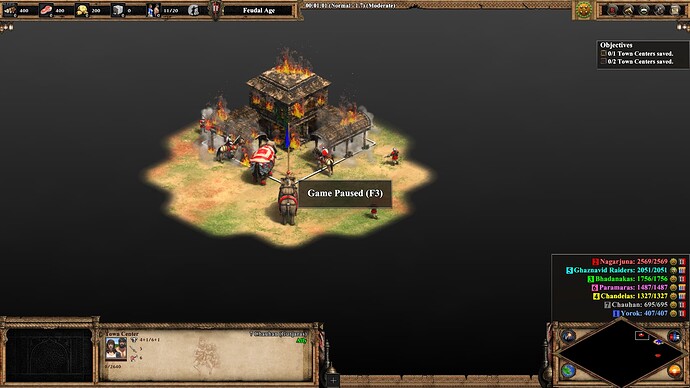 This is much faster than was even at hard difficulty in the past. For example in this video second TC is still standing at 2:42. 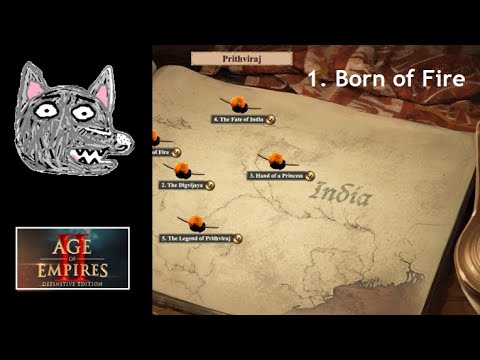 Send your Camel Riders to kill one of Armored Elephants and the rest of your army to kill the other one. Shift click they to go back after that somewhere near the monk around south base, so you can heal while fighting, as Ornlu did in the video above. You have plenty of time to save both TC and heal after dealing with those Armored Elephants

Alright, at first sight I considered TC-s going down so much faster than in original version of scenario to be a bug, but apparently it is necessary to use radically different strategy than in original and immediately lure units from both TC-s instead of fully concentrating on one TC first.

You need to split your forces (5 or 6) in 2 groups & kill the siege elephants. Then bait the other red units away from the TCs. Regroup your remaining units towards Chand Bardai (he is next to a monastery along the coast & north of the mountains to the south of the map) to heal up & finish off the red units.