Hitbox_changes723×218 82.8 KB
This was a hugely impactful bugfix in the January patch. It was taken back in the March patch without any mention in the patch notes.

Does that mean it was actually not a bug in the first place? Or was the withdrawal of the bugfix a mistake? I dont understand it.

It literally makes the difference between conquistadors being the best or the worst Unit in Castle age.
It also noticably influences the performance of pretty much every single common ranged unit.

So basically it fixed the gunpowder units in combat right?
Looks more like a fix

How do you know? Sounds like a huge change but I never noticed.

Pay attention when you micro archers or crossbows, Or go into a singleplayer game and micro some conquistadors. Its a difference of night and day.

I got a custom scneario that is heavily based on how the game engine handles random numbers (birds nothing). It broke back in Januar patch since the game just wasn’t random enough anymore.

I reported this as a bug and suggested to have a look at their implementation of their random number generator. Who knows, maybe they really read that, checked and found a problem?

At op, what is the sitaution with conqs now?

Maybe they use a Linear congruential generator but didn’t consider if it can work well with their variable choice, like an integer overflow when numbers are too big.
Choosing large parameters in their generator come with additional calculation cost which is a killer for performance in rts games too.

Is this the case now?

To fix this without the need of extra random seeds (which could be calculation heavy) the location coordinates could be used additional to the random seed to get a different result per unit.

This issue has nothing to do with the accuracy of conquistadors or any ranged unit. The definition of accuracy in this games sense being that its the probability of a units projectile being generated so that it goes right where you aimed it.
That doesnt mean that these shots always hit. That also doesnt mean that the shots that are generated to miss their designated target are missing alltogether. They can still hit another target and do reduced damage when that happens.

Anyways the problem with projectiles is that they have way too small hitboxes.
That means the maximum distance that a projectile has to arrive from the center of a target, to be registrated as a successful hit, is massively reduced.
For crossbows I would estimate that it is reduced buy more than 50%. And I am just putting forward crossbows here because their arrows are pretty well visible and their accuracy is very high so you only have to pay attention to one bundle of arrows from a group that hits in the exact same spot. However I would assume that the value is the same for every ranged unit.

Note this Issue doesnt have any influence on projectiles from units with high accuracy when their target is not moving.
The real effect of that is visible when shooting at moving targets. The distance a targeted unit has to run away from the spot where projectile is going to hit is reduced a lot.

No according to op I’d also affects crossbows. And also gunpowder has always sucked

crossbows can get ballistsics tho. Gunpowder cant. So yes gunpowder is affected way more.

I feel like such a bug would severely reduce the efficiency of archer units before ballistics/thumb ring but they seem to work just fine?

They are way worse at killing villagers for example. They also miss way more shots when microed against each other.
Meele units can dodge shots easier but when they run right at the ranged units they still get hit.
Everybody has their own view of what is just fine but for me its very noticable and I do think it affects the ballance between knights and crossbows a lot for example. Maybe not in a straightup engagement but definetely in their ability to do damage to eco, or to punish your enemy with one or two volleys when they are out of position.

This was a hugely impactful bugfix in the January patch. It was taken back in the March patch without any mention in the patch notes

Are you sure it was taken back or the bugs itself just returned as they mentioned before that it was a “bugfix” ? And how did you know? It is really not ez to notice the projectiles differences especially in gunpowder units because they already have bad accuracy.

I cant figure out how to get my DE back to an old version right now. So I cant really do a “scientific” test. But its pretty obvious anyways.

I did some comparison with a game from the patch that was played in a showmatch:

DE reintroduced bugged projectiles after fixing them in January patch.

In the January patch they fixed the projectiles of ranged units which I was super excited about. But then they undid that fix in the March Patch again. Ranged units, especially gunpowder units, are now back to being super inaccurate. And they didnt...

Since there are several posts about gunpowder units being terrible in DE (especially Hand Cannons) I feel like its important to bump this topic again. The massively shrunk projectile hitzones are THE reason why these units dont perform. They affect all ranged units (maybe except mangonels and Bombard cannons) and garrisoned arrows. To visualize this I took a clip that was played in the January patch when this issue was briefly fixed: 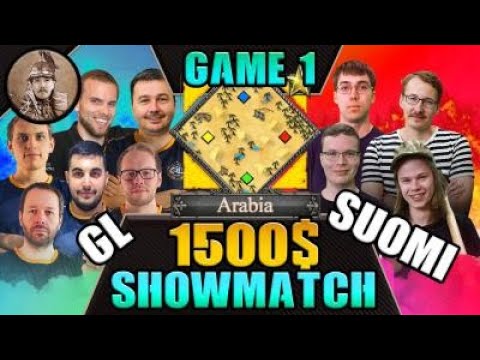 Pay attention to how the Archers can hit the villagers even when running away from max range.
This is not the case in the current game which i tried to recreate in this clip: It is harder to see with gunpowder units since their projectiles are barely visible and harder to track. But in essense the same problem applies for them. Units that move slightly out of the way are less likely to get hit. In practical engagements units obviously spend a lot of time walking around so the effect of this is huge.
It gets helped a lot by the ballistics tech meaning you wont notice it as heavily with ranged units that get benefit from it.
However gunpowder units are pretty much rendered unusable through this issue.