Proposal for a new Expansion 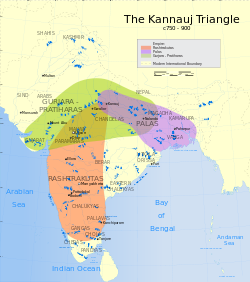 The Gurjara-Pratihara dynasty was an imperial power during the Late Classical period on the Indian subcontinent, that ruled much of Northern India from the mid-8th to the 11th century. They ruled first at Ujjain and later at Kannauj. The Gurjara-Pratiharas were instrumental in containing Arab armies moving east of the Indus River. Nagabhata I defeated the Arab army under Junaid and Tamin in the Caliphate campaigns in India. Under Nagabhata II, the Gurjara-Pratiharas became the most powerful d...

The Pala Empire was an imperial power during the post-classical period in the Indian subcontinent, which originated in the region of Bengal. It is named after its ruling dynasty, whose rulers bore names ending with the suffix Pala ("protector" in Sanskrit). They were followers of the Mahayana and Tantric schools of Buddhism. The empire was founded with the election of Gopala as the emperor of Gauda in 750 CE. The Pala stronghold was located in Bengal and Bihar, which included the major citi Th... 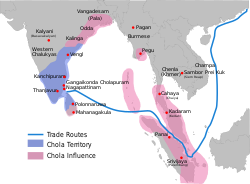 The Chola dynasty was a Tamil thalassocratic empire of southern India, one of the longest-ruling dynasties in the world's history. The earliest datable references to the Chola are in inscriptions from the 3rd century BCE left by Ashoka, of the Maurya Empire (Ashoka Major Rock Edict No.13). As one of the Three Crowned Kings of Tamilakam, along with the Chera and Pandya, the dynasty continued to govern over varying territory until the 13th century CE. Despite these ancient origins, the pe Th...

The Sena Empire was a Hindu dynasty during the early medieval period on the Indian subcontinent, that ruled from Bengal through the 11th and 12th centuries. The empire at its peak covered much of the north-eastern region of the Indian subcontinent.They were Brahmin by caste and Kshatriya by profession. The rulers of the Sena Dynasty traced their origin to the south Indian region of Karnataka. The dynasty's founder was Samanta Sena. After him came Hemanta Sena who usurped power and styled h... 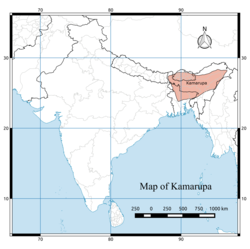 Kamarupa (/ˈkɑːməˌruːpə/; also called Pragjyotisha or Pragjyotisha-Kamarupa), an early state during the Classical period on the Indian subcontinent, was (along with Davaka) the first historical kingdom of Assam. Though Kamarupa prevailed from 350 CE to 1140 CE, Davaka was absorbed by Kamarupa in the 5th century CE. Ruled by three dynasties from their capitals in present-day Guwahati, North Guwahati and Tezpur, Kamarupa at its height covered the entire Brahmaputra Valley, North Bengal, Bhutan ... 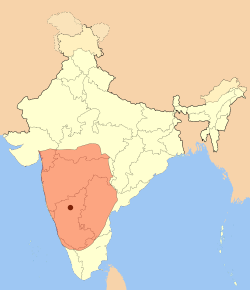 The Chalukya dynasty ([tʃaːɭukjə]) was a Classical Indian royal dynasty that ruled large parts of southern and central India between the 6th and the 12th centuries. During this period, they ruled as three related yet individual dynasties. The earliest dynasty, known as the "Badami Chalukyas", ruled from Vatapi (modern Badami) from the middle of the 6th century. The Badami Chalukyas began to assert their independence at the decline of the Kadamba kingdom of Banavasi and rapidly rose to promine...

The Pallava dynasty was an Indian dynasty that existed from 275 CE to 897 CE, ruling a portion of southern India. They gained prominence after the eclipse of the Satavahana dynasty, whom the Pallavas served as feudatories. Pallavas became a major power during the reign of Mahendravarman I (571–630 CE) and Narasimhavarman I (630–668 CE) and dominated the Telugu and northern parts of the Tamil region for about 600 years until the end of the 9th century. Throughout their reign they were in const... 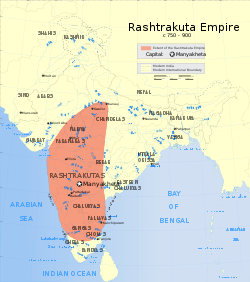 Rashtrakuta (IAST: rāṣṭrakūṭa) was a royal dynasty ruling large parts of the Indian subcontinent between the sixth and 10th centuries. The earliest known Rashtrakuta inscription is a 7th-century copper plate grant detailing their rule from Manapura, a city in Central or West India. Other ruling Rashtrakuta clans from the same period mentioned in inscriptions were the kings of Achalapur and the rulers of Kannauj. Several controversies exist regarding the origin of these early Rashtrakutas, thei... 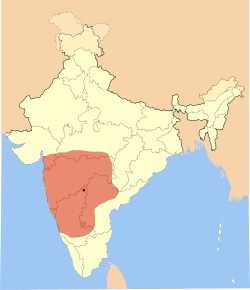 The Western Chalukya Empire ruled most of the western Deccan, South India, between the 10th and 12th centuries. This Kannadiga dynasty is sometimes called the Kalyani Chalukya after its regal capital at Kalyani, today's Basavakalyan in the modern Bidar District of Karnataka state, and alternatively the Later Chalukya from its theoretical relationship to the 6th-century Chalukya dynasty of Badami. The dynasty is called Western Chalukyas to differentiate from the contemporaneous Eastern Chalukya... 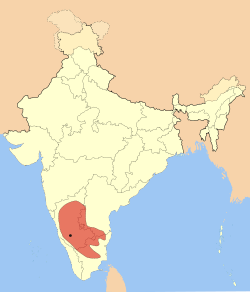 The Hoysala Empire was a Kannadiga power originating from the Indian subcontinent that ruled most of what is now Karnataka, India between the 10th and the 14th centuries. The capital of the Hoysalas was initially located at Belur but was later moved to Halebidu. The Hoysala rulers were originally from Malenadu, an elevated region in the Western Ghats. In the 12th century, taking advantage of the internecine warfare between the Western Chalukya Empire and Kalachuris of Kalyani, they annexed are...

The Gupta Empire was an ancient Indian empire existing from the mid-to-late 3rd century CE to 543 CE. At its zenith, from approximately 319 to 467 CE, it covered much of the Indian subcontinent. This period is considered as the Golden Age of India by some historians.[note 1] The ruling dynasty of the empire was founded by the king Sri Gupta; the most notable rulers of the dynasty were Chandragupta I, Samudragupta, and Chandragupta II alias Vikramaditya. The 5th-century CE Sanskrit poet Kali Th...

Karkota Empire (c. 625 - 885 CE) was a major power in the Indian subcontinent during 7th and 8th century. It was founded by Durlabhavardhana during the lifetime of Harshavardhan. The dynasty marked the rise of Kashmir as a power in Northern India. Avanti Varman ascended the throne of Kashmir on 855 A.D., establishing the Utpala dynasty and ending the rule of Karkota dynasty. Lalitaditya Muktapida, the dynasty's strongest ruler captured parts of Central Asia, Afghanistan and Punjab. According t...

I propose no new civs at all.

i propose you don’t buy any DLCs at all and leave this discussion alone.

Your proposal is denied. The majority of the community wants more civs.

“New civs” threads show up here and on Steam, regularly.

The majority wants more civs. The most popular threads propose new civs, not balance changes or other new stuff.

i propose you don’t buy any DLCs at all and leave this discussion alone.

I propose you dont make thread with just a list of links without any explanation and leave this discussions alone.

The majority of the community wants more civs.

Not sure about this claim. That there are many requests for new civs doesnt mean that the majority wants new civs. The number of active players on the such boards is very small and most likely not the average player.

Also having things proposed frequently doesnt mean it is good for the game. I see many very bad balance changes pop up. Luckily those balance changes also dont get a follow up from the devs.

The number of active players on the such boards is very small and most likely not the average player.

i highly doubt that even the 5% of the multiplayer community of aoe 2 use this forum.

There are three types of players:

Actually, we could do with at least another 2.

One of the DLCs I’d like to see for this game. You could easily create new campaigns around it, the South Asian architecture would get more love as well as the Battle Elephant which gets only used by four civs so far.

I’m all for new expansions. This doesn’t mean I don’t want bug fixes or optimization either.

As I posted in another thread: 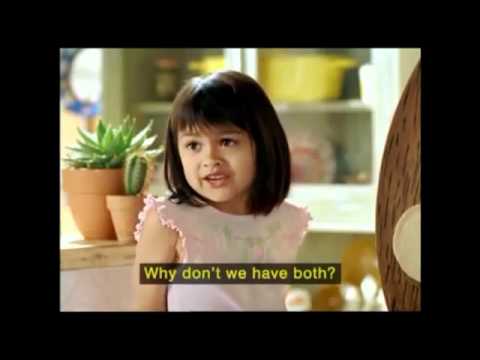 There was no Indian civ or Indian Empire. That were many empires with different ethnic groups, traditions, military, religion etc.

With the release of LOTW, 2 more Indian civs are ok.

Rather than focusing on Dynasty, focus on the region and culture. We can have Rajpoots, Tamils, Bengalis, Pataliputr, etc

The majority of the community must be so proud about those dear forum paladins representing their will!

We had a poll, it had the option of no more civs, and the vast majority of people just voted on whatever expansion they wanted.
The “No more civs” option, was a minority, even with the “More civs” being divided among several options.

Actually, we could do with at least another 2.

I think Tamils and Odyias would be the best choices, though I could see Odyias replaced by Sinhalese.

I bet this one may be wrong!

Since we are talking about 2 more Indian civs, the present “Indian” civ needs to be changed too. Since the Prithviraj Campaign is there, I believe one of the three has to be a Rajpoot.

btw JonOli, what nation are you from?