Is ranked multiplayer, specifically team long queue time? Are games instant? I imagine with an 11k+ pop, everything would be instant.

Depends on your ranking. At average rankings, around 2 min.

If you are DCd during a ranked game, can you re-join? Maybe I ALT + F4 and relaunch game and wanna rejoin… for example.

Are there any specific differences between the two versions? Is it just platform??

There is crossplay. The difference is the platform and account it is associated with. Also the Windows Store version doesn’t auto-update, so you have to manually do that if there is a patch. I’m not sure if the game files are locked down in a winapps folder for AoE2DE, they are for AoE1DE, which absolutely sucks for modding.

Is the AOE 2 DE Campaign clean? Lots of bugs or broken things?

The campaigns in general are reasonably bug-free.

Thank you very much for detailed response.

Do you know, if my buddy is on Steam version, can I invite him to a party in-game and do a ranked 2v2 or 3v3 or w/e easily? Is that allowed?

It should work; ie. it’s not disallowed.
I don’t know how easy it is though.

Hi, i am an old time player on HD version and i just bought the DE version but i used the Microsoft store ( game pass). I can barely find an online ranked game cuz queue is to long i already could have made 5 games of each ranking (solo and team) but i am losing my patience cuz i have to wait 15+ min to find a game. I have cross-Platform option on so my question is: is it at all rank or just low rank that game take so long to be made?

Sad news my friend… see I didn’t have that kind of bad luck with my very first ever ranked game. I checked-off ranked team 2s, 3s and 4s and it took maybe 40 seconds at 10PM EST. I did not check 1v1. Did you ban any maps? I did not. 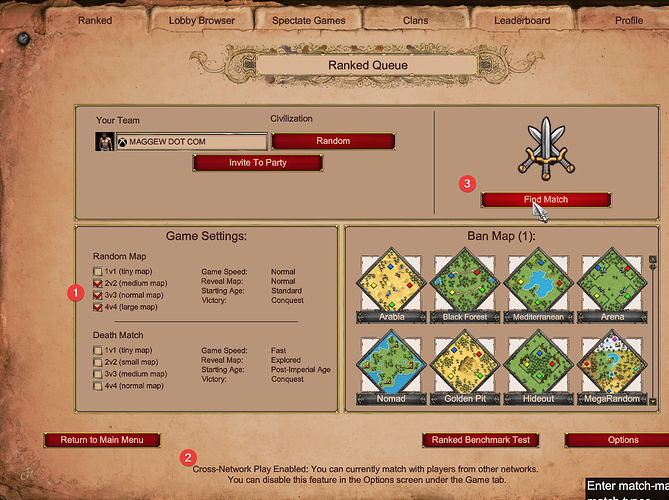 I too have a M$ store purchase, it was an $8 code I redeemed from Eneba – the multiplayer browser in-game had tons of games too.

p.s. - maybe try disable your firewall or log into your router and open up some ports – check the faq for the specific port #s too

Like wtf i have like max 2 or 3 game in the lobby browser i play with the Windows store version so i Don’t understand at all i never ban maps and i select all type of normal match so i Don’t know. 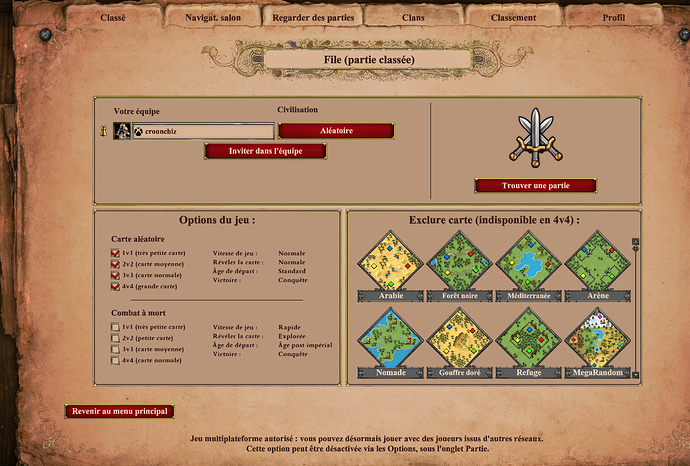 Capture.PNG1550×1048 722 KB
i stopped cuz didn’t want to wait to long to take the sceenshot but i have to wait beetwin 10 and 20 min with those settings.
i Don’t think there is such a low number of game currently. 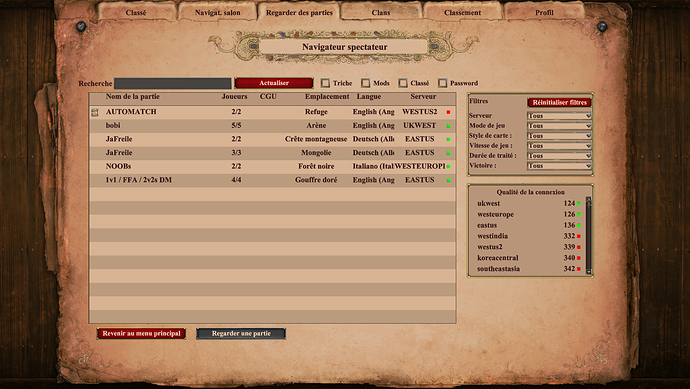 Did you open your router ports?

If you are having trouble connecting to LAN games, go to your firewall settings and allow incoming communication on TCP Port 8888 , as well as Port 3478 (UDP & TCP) and Port 5222 (UDP & TCP).