We thought that the classic Land Nomad would be added to the game when the first announcement was made, we were wrong and a completely new map was released.
It is a good development to start with enough wood for TC and maintain the balance between civilizations.

However, while removing the imbalances in the classic map, some features that make the map fun and playable have also been lost.
-The villagers start the game very far from each other.
- Accordingly, the team together option also doesnt work.
- The player who appears in the middle of the opponent’s town is forced to fight chaos. The same is true for the opponent.
- Limiting boars and sheeps resources and lowering the number of deers slows down the game that needs to speed up. It seems, it is based on the food resources in the nomad map, but it should be reminded that there is no water in the land nomad.
(if this is the intended purpose)
- As in the classic map, there should be 3 + 1 boars and 8 deers per each player. Also more sheeps should be added to the map for scouting.

I think the map will be even more fun if the specified improvements are made.

^ This is just an example list; I’m not sure if these are what you actually wanted.

I think the map will be even more fun if the specified improvements are made.

yeah you basically didnt do this at all… please try again

atm i think land nomad is very skewed towards mongols due to it being consistently easier to find deer… it feels like there might be tons of sheep, but its way too random whether they’re actually found or not, compared to the deer. also no berries isnt great…

besides for that i really like the map, i enjoy the level of diversity it adds in TGs compared to “the opponent will 80% likely wall and FC” yawn

Thanks for the answers. It is a little difficult for me to express this issue in English. Sorry for mixed and inadequate expression. However, you have identified some issues correctly.

“1. Make each player’s villagers start closer together” yes!
“2-Increase the number of boar and sheep” not exactly. just distribute the boars in groups of three. but yes the number of sheep should increase.
“3-Make teams start near each other in team together.” exactly.
(I agree with phoenix1089 about berries. There are berries in classic map also)

But I think I can express much more easily what I want to tell from the sample games in youtube links. So you can understand me more easily, especially if you pay attention to villager spots and food resources on the videos. 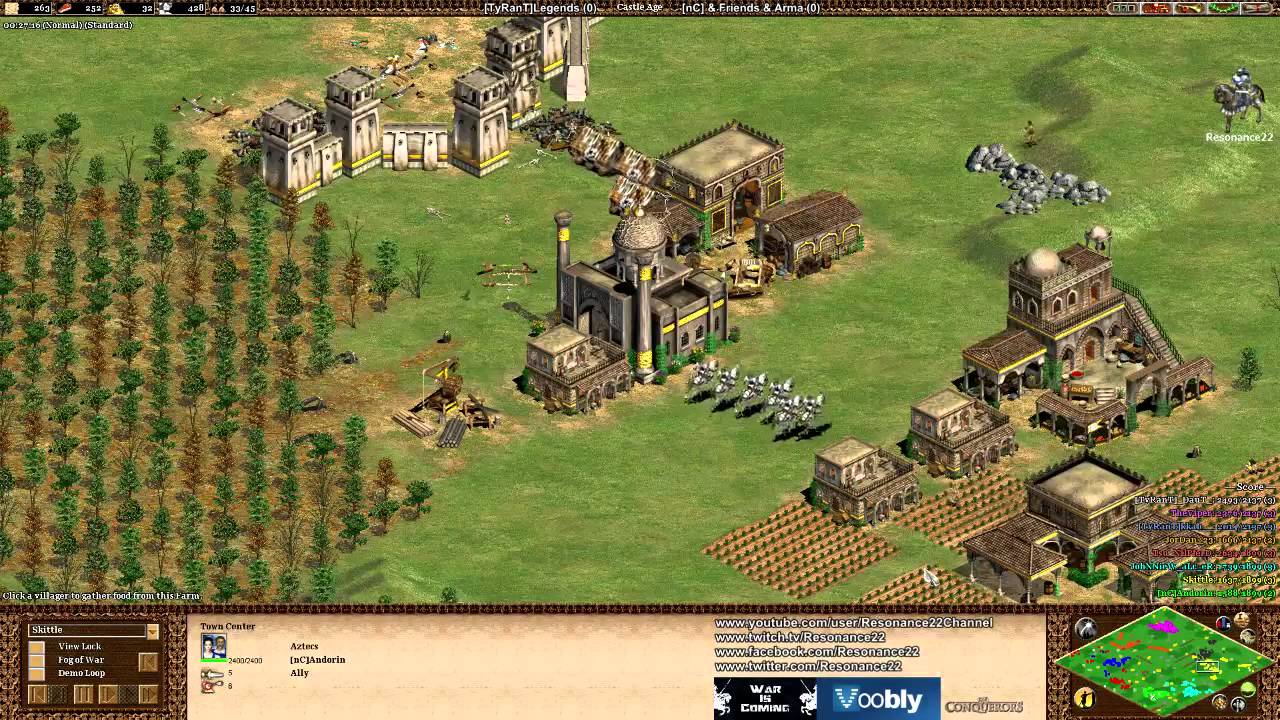 You can also find the most played version of the classic map in the link below.

First of all i would like to thank all participants who spend effort on new game and also newly added map LAND NOMAD.
I generally agree with the recommendations of Yattaraa.
Almost all of the games I’ve played as a former aoc player are land nomad. Although I have a steam account, the reason I am still not on this platform (also some friends) is because land nomad not exist. I am very pleased to add this map, but some new features provide more fun, while others did not.

I want to start playing the new game very much, but as I said, my favorite map has some deficiencies. I hope improvements on these will be made soon.

The main thing I don’t like about nomad map is that you get villagers all over the map to start with. I’d rather you just get 3 villagers all starting in the same place, and you need to venture out from there to find where you want to make your first town center.

I think the map is totally fine like it is at the moment, just two things could be adjusted:

Would feel more nomadic and adventurous to start with all your villagers in one spot, since you’d have to explore a bit to find a decent spot; rather than having 3 spots already shown to you that you can then explore individually to quickly see a bunch of the map. Add on top of that exploration from all the sheep you find, and you get an exponentially rapid exploration of the map; which is counter to how I feel a nomad map should make you feel. I’d think being a nomad should make you feel you’re slowly venturing out into the unknown. Instead, the map is spoon-fed to you.