Recorded game from same game version goes out of sync

DESCRIBE THE ISSUE IN DETAIL (below). LIMIT TO ONE BUG PER THREAD.
Recorded games going out of sync is very expectable of old recorded games.

However, that is not the case for recorded games of matches played literally 5 minutes earlier in the very same patch and game version. That is something that happened to me today.

How often does the issue occur? CHOSE ONE; DELETE THE REST!
It happened now for the first time (regarding recorded game from live build).

What was SUPPOSED to happen if the bug you encountered were not present?
It was supposed to play flawlessly to the end because this was a game which was just played (and hence surely from the same patch beyond all reasonable doubt). 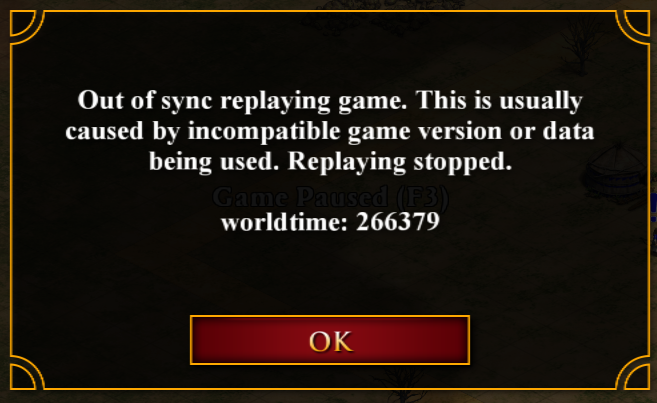 Thanks for this, we are already tracking this issue!