Recorded Games do not store a users name

If a user changes their steam name, the in game spectating & score features will also change their name, but any in game messages will retain their previous name.

This prevents recorded games being used to keep a history of competitive Age of Empires as users ‘old’ names will have no record. This has an added problem where users who have a different steam name for other games than their Age of Empires name cannot simply change their name when playing different games.

Here is a screenshot taken yesterday (to record a bug)

Here is a screenshot from the same game today, after the user has changed their steam name. 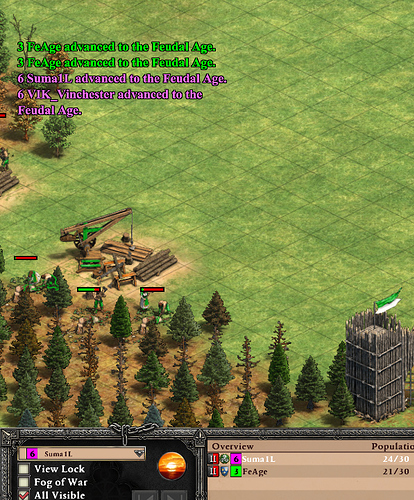 Please also note the other bug where aging up notifications are displayed twice for some reason.