Hey everyone, the Red Bull Wololo Legacy Tournament is now underway! Feel free to use this topic thread to discuss the tournament.

If you’re interested in watching the event you can here:

I would wish for longer sets in the first round and fewer games running in parallel, other than that is looks amazing so far

I totally agree. I do think they are doing the best with what they have, but Day 1 was pretty exciting so far.

oh yeah, really good sets. I will need to catch up on the B-stream at some point

Good games on the first day, which usually doesn’t happen all that often! One question I do have though is, as Eliminations are tomorrow, will eliminated players have to leave the castle premises or can they still stick around and cheer on the others? Would be pretty sad if someone got eliminated and we couldn’t get to see much from and of them. Last time it was pretty awesome to see them all collect on the balcony and Viper’s banner be raised after he won, would love the same to happen here too.

Especially if they lost during B-stream’s games, I think? Not completely sure of the scheduling yet 11

Speaking of scheduling, I thought the AoE1 side would also start with the rest, but apparently some games were already played in September and as per Liquipedia it’s set to end on October 29th. Will those games be streamed on Twitch, and which games are those (Liquipedia shows the finals as the only games to be played?); and how will they work as they coincide with AoE’s Semis and Finals being played as well? Are the AoE1 players at Heidelberg as well?

Players that lose the elimination game go home; AoE1 will be play Saturday 29th, only the final series between AoE2 semifinals and final (as far as I know)

They can stay at their own cost.

One remark I wanna make is about dogao’s performance: I think he is the most criticized player who consistently shows good results. Good ladder player (iirc most of this year he was rank 1 and now he is maybe rank 2?). Able to play many styles, able to play complicated maps like Shoals and go toe to toe with the top players.

Whenever he plays, casters are hasty to throw words like “underdog”, “can only play meta because he didn’t go to the Berlin bootcamp” and so on, yet he beat DauT yesterday (a DauT that looked in fairly bad shape admittedly, on the other hand those were not exactly close games, either so a better-prepared DauT possibly loses also).

I hope the stigma of him being a tier 2 player goes away, he exhibits tier 1 performance very often. Notably in the Berbers vs Koreans game vs DauT, realizing his win condition was forcing land + dropping IMMEDIATE Siege Workshop was fairly impressive imo. Not many players could see that and the window to find damage was fairly small, too (DauT’s plan was make a msssive navy with Koreans bonus and defend with Guard Towers at home and it was a good plan had he managed to get up 4-8 towers unharassed).

a DauT that looked in fairly bad shape admittedly, on the other hand those were not exactly close games, either so a better-prepared DauT possibly loses also

Apparently Daut had sound issues or something like that. So who knows, there’s a Daut who beats Liereyy and there’s a Daut who doesn’t - the Lord works in mysterious ways. Though similarly, Liereyy had middling results, but we wouldn’t call him an underdog or ‘tier 2 player’ etc.

But yes, in reality all the players at Heidelberg, even if they lose immediately, are still all the top of the top. In the past, it just so happened that there was a wide gap between the top three and the top ten, now the gap has closed in. Ladder performance doesn’t always translate to good results either, so it’s hard to judge how people would rank.

Many also call Villese an underdog, but then he surgically eviscerates Capoch. I didn’t see Dogao vs Villese, but I wouldn’t be surprised if the same happened there, or was Villese shakier there?

Hera was killing kit! Just too cool to care he stomped Yo!

An appreciation for Bengalis, that are now seeing action on Northern Islands with good perfomance.
and ofc Poles just showing how OP are 11

Only Viper and Capoch are competing in both aoe2 and 4

Daut is only for aoe2. He tried to qualify for aoe4 but didn’t make it cos he didn’t invest time to aoe4. 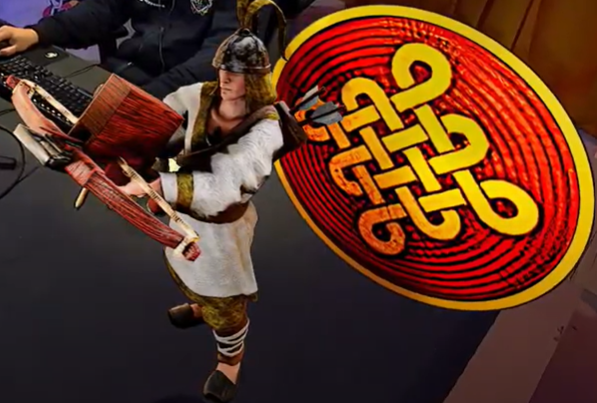 I’m really surprised how the Dravidians and the Bengalis have been picked and played so far in the tournament, maybe they are not so trash after all

Daut won with Dravidians vs Tatars on Frigid Lake, vs Capoch

It’s just that nobody cares about the B stream

Every match with Dravidians was a loss for the player.

Dravidians have won more games than lost so far, so they clearly aren’t bad in Empire Wars. In fact, I quickly skimmed the results, have Hindustanis even won a game? Should we say Hindustanis are trash and in clear need of a buff?

Seemingly, Dravidians has the same winrate as Gurjaras (66.6%), with double the games played - Gurjaras have had two wins and one loss.

Liquipedia is free, people, unless it has been wrong about the results so far.

can u put a link to stream video of dravidian play please?

But okay, I’ll do the work for you and link all Dravidians games.

I hope the forums won’t load all the thumbnails, sorry for the ‘spam’ otherwise.

In fact, right now Tatoh just picked Dravidians against Jordan, maybe it’ll be played so we can have updated stats. Will Dravidians have better winrate than Gurjaras, or worse?!

nice dude. I did not watch b-stream at all. thanks man