Red eyes when I play Age of empire IV

Is anyone else experiencing the same eye problem?
I sit at the computer 5-7 hours a day, and sometimes up to 24 hours at a time. Never once have I had a problem with my eyes, but when I started playing Age of Empires IV, I’ve had problems with my eyes turning red. When I stop playing they start to get better after 2-3 hours, then I can play other games and don’t have the same problems. Could it be something graphical in the game Age of empires IV that causes this symptom?

I mean, this only happens when I run age of empires and does not happen when I play BF or Wow, Dota…

Might be a color scheme issue. Certain colors are harder on the eyes, especially when colorblind like me. It’s also constantly sunny, may need to turn monitor brightness down.

Units are super difficult to distinguish.
Would it be the reason you focus too much with your eyes?

Surely something with focus, sitting on a high end computer and maxed everything. Feels like it’s something that’s not optimized for it? The graphics don’t look super good, even with everything high end. Anyone have any tips on settings to make it smoother? Everything is extremely sharp to begin with.

Is it possible to set the grey scale?

I think someone mentioned turning off AA makes everything pop-out more. I suspect it might be the white haze that covers everything when zoomed out, it washes the colors out which might put a strain on your eyes.

your post sums up my experience. i played 5-6 hours last night before bed and had a terrible head ache and bloodshot eyes after the gaming session. yet i can sit infront of pc for same amount of time and have 0 problems.

I think it is because how difficult it is to find your units and difference them from others. The washed out graphics and so on. When the game has a bad readability you have to force your eyes and that represents a big effort for your eyes. The game is not well optimized visually speaking (and many other aspects)

it might be a good idea to get a blue light filter like flux if you don’t have one already.

note: if you get flux make sure to set the color adjustments to happen in steps rather than gradual as the gradual adjustment mode can eat a lot of PC resources.

It definitely hurts my eyes trying to find something on that mini map, ngl.

Can confirm that your tip worked.
Turned off AA and now I don’t get red eyes anymore…

this is not about shine or anything else, obviously it cuts down on working time and makes the eyes less tiring…

but from now on it will always be like that with games where it requires a lot of attention from your eyes, and rts game requires full attention at all times for hours, unlike a cs go or any other fps where you will always be at rest during a few seconds or minutes!

eyes are like anything else in life, need care and if used to excess will deteriorate
you will probably need to wear glasses that block blue light or configure that properly in your monitor

The UI, is difficult to understand and have clarity with this ugly UI everything is small and with the same color so you need to focus to much time on small things…

I also asked some of my friends who apparently played, some had the exact same problem and we came to the conclusion that it was AA, something in the graphics makes the eyes become more focused and probably too much. Could probably be due to more factors, but it helped me and also them to turn off AA.

that’s great, I hope it helps other people as well

Thanks man, turning off AA worked for me too!

You can change back to the old design in your settings. 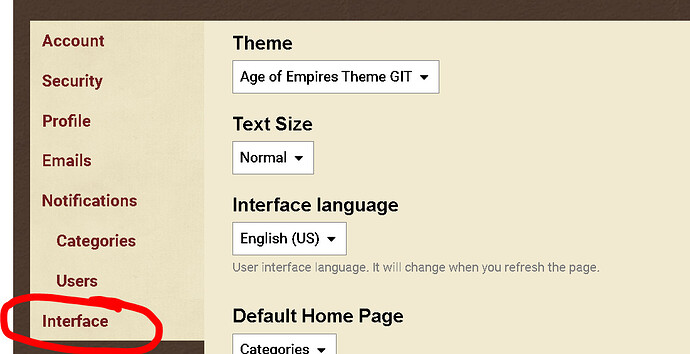