Removing the temp folder generates an EMPTY ! 4GB ! file instead of recreating the folder

I got an error (it’s not about this errror) while fiddeling with scenarios (below). Deleting the folder at that location should force the game to recreate it… And here’s where I think someone forgot a ‘/’ at the end of a path string. Instead of recreating the folder, the game freezes and creates an empty 4GB file with that name (AOE2DE_TEMP).

When launching the game (after closing it), the folder is properly created however.

Edit: When the file is present a new folder won’t be created at launch! 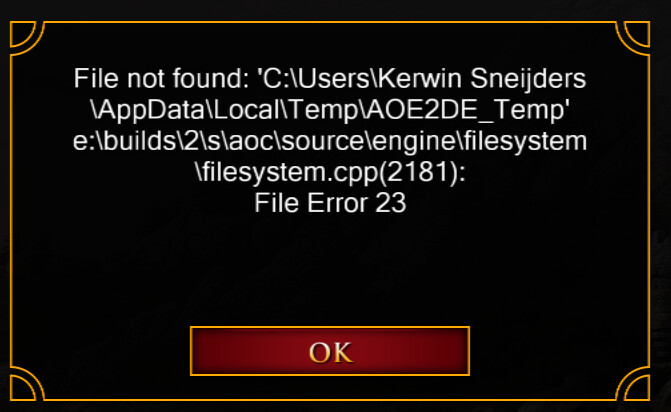 Alright, so this issue was caused by entering incorrect filenames into AI fields and some missing bytes at the end of the file. I’d still look into the file generation instead of folders when a character like “0x00” (hex) is entered, but it’s not a huge issue.

– Sorry for the report –