So I just ran into something I assued I’d never see. A player on my team walled me in, then took catapults and began killing my base. Obviously I couldnt do anything about it as teams we locked. How do I get someone like that penalized?

Ok, I don’t have video evidence…I took a screen which isn’t enough evidence but hopefully others can watch out for this guy in the future. 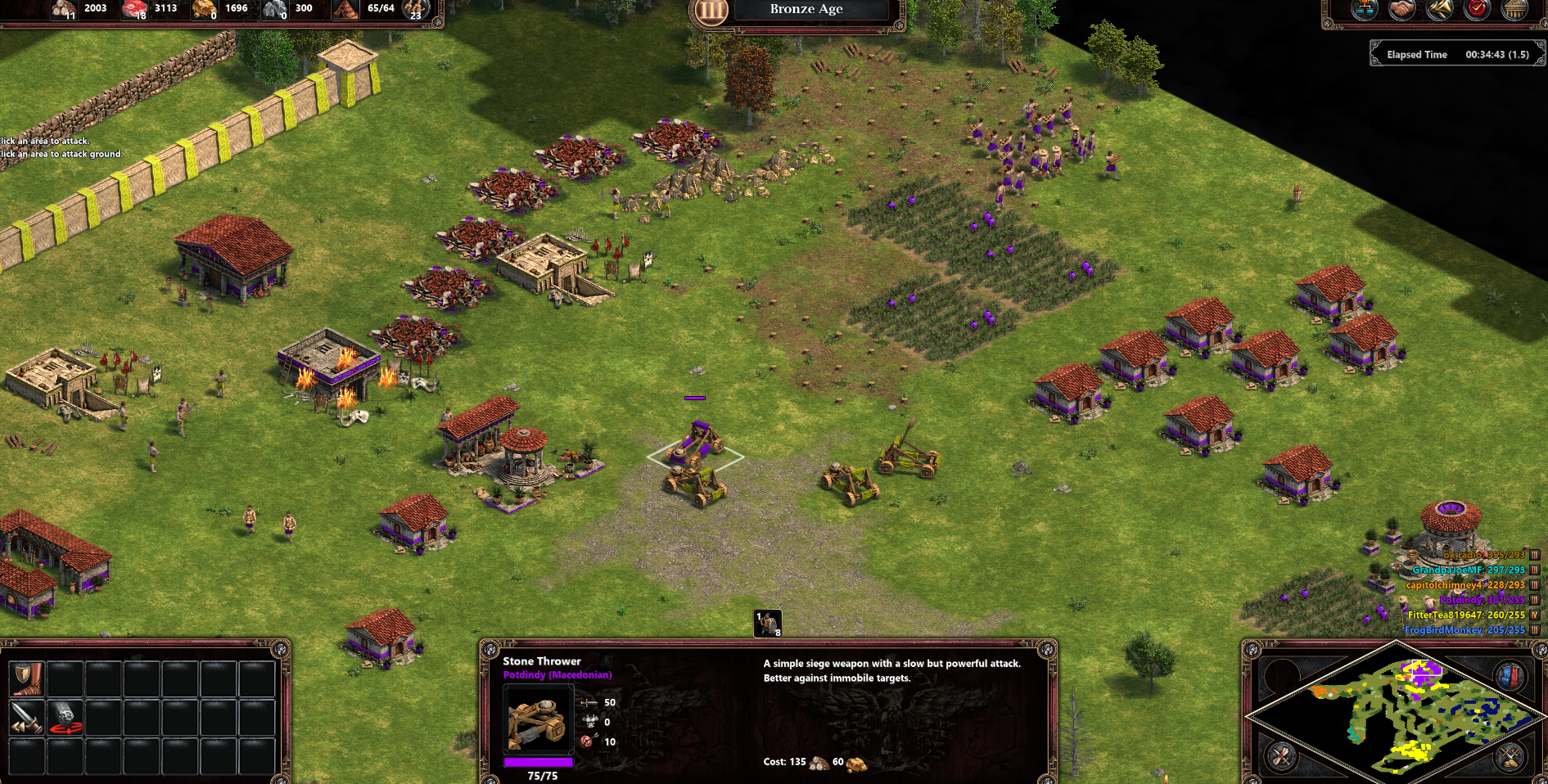 It is unfortunate because I was doing quite well. Anyway the player in name is yellow…FitterTea. He does speak English so he knew what he was doing.

Hi @Potdindy, You can report AoE:DE players on Xbox Live. I played a 2v2 RM game this weekend where my teammate did absolutely nothing the entire game, so I reported them.

I thought splash damage from an allied player didn’t affect you?

Anyhow, that’s just cheap and they probably actually get kill/razing points for it.

On the flip side you could attack ground on their walls/units to stop them.