Request: Change the notifications that happen when a player resigns or is defeated 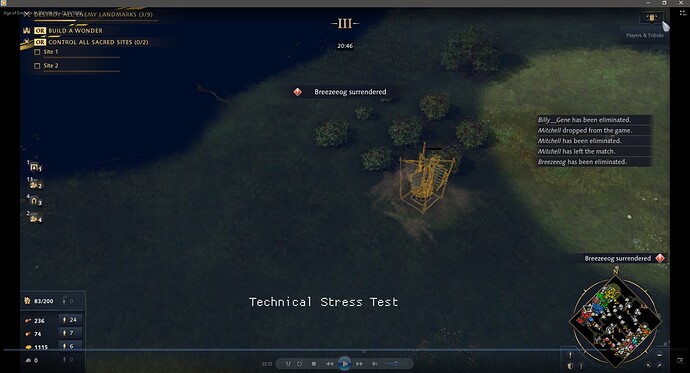 This is a screenshot of when a player resigned in one of the 4v4s I played over the Open beta weekend. There are 3 problems I would like to talk about with this picture and I’ll go through them 1 by 1. 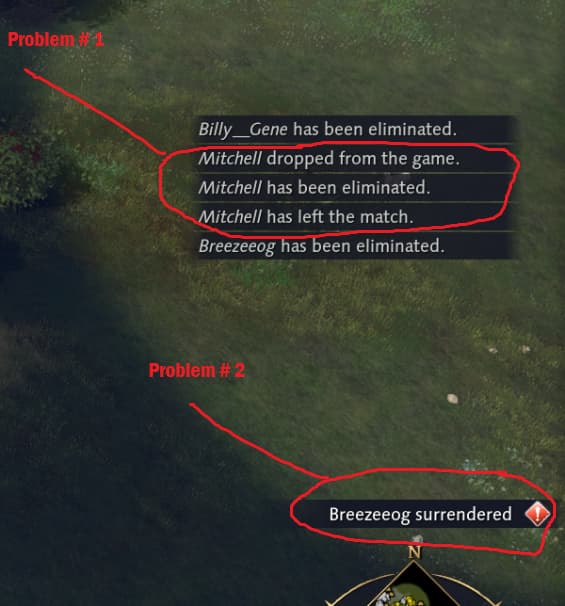 Problem # 1: Several notifications when a player leaves. We don’t need to know all of this information. There is only 1 thing that needs to be shown here. Something like “X PLAYER HAS BEEN ELIMINATED.” Having 3 different messages for the status of a defeated player is bothersome and when playing with more than 2 players on each team can be confusing, because read all of these messages and you think "oh they just had 3 people resign when in reality it’s just 1 player resigning and 3 messages popping up.

Problem # 2: Who the hell surrendered? Here in the bottom right it shows that Breezeeog surrendered but who the hell is he? You’ve removed scores so unless I’ve opened up the right menu and searched for him several times I might not know who he is. We need accurate information quickly and I think I know how to do this. Instead of just having white text indicating that a player surrendered, make it the color of that player, the player numbers and the civilization that he was, just like in Age of empires 2 DE.

See how that’s much better? Immediately I know who resigned, what civ they were playing, what player number they were and their color, and it’s all conveyed to me quickly without me having to press a button.

I know this info is a click away but I shouldn’t have to go looking for it. The AGE2DE way is best.

PS: It is far easier to tell who has resigned in this last screen when you make the crossout color separate from the player color. See: 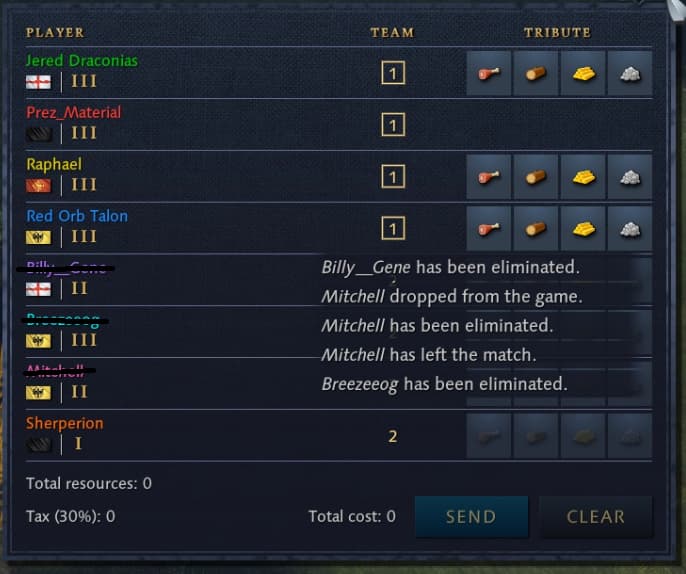 The contrast comes through more clearly and you are able to tell which players have resigned in the past more quickly.

There is only 1 thing that needs to be shown here.

While I agree with your post, personally I would like to know if a player resigned or dropped.