I am almost certainly experiencing the same bug as two other people who made a bug report independently of each other. These are:

The reason for creating yet another bug report is because I think I have some useful information to add and because I think the titles of these two other bug reports do not describe the bug completely accurately. In my experience, the problem does not lie with navigating to the Main Menu, but with navigating from the Statistics screen. Specifically, consider the following three situations:

In all three of those situations, the action takes approximately 7 seconds to complete. These are the only buttons that give me problems. For example, if I am on the Statistics screen and I click on ‘Return to Map’, then the game responds immediately. The problem lies with the bottom left button of the Statistics screen, whatever menu that button is navigating you towards.

This issue persists if I disable all mods and restart the game.

Furthermore, if I click one of these buttons that take 7 seconds to load, at the very end of the loading process, I usually briefly (for less than 1 second) see a black screen. Often, this black screen has some weird colors sprinkled on it in random locations. I managed to capture this moment in a screenshot. The screenshot is attached near the end of this bug report.

Once, when I was running another process while clicking this button, my game even crashed, but this does not usually happen.

I saw some other bug reports about slowly responding buttons as well. Most notably,
@ GamingPriest97 (Menu navigation has slow response after update) wrote that navigating menus is slow for him, too. However, the example that he gave was navigating from Multiplayer to Main Menu. I could not reproduce this issue, as I only experience problems trying to navigate from the Statistics screen to a menu.

I was supposed to return to the menu faster than 7 seconds. When I e.g. want to navigate from the Multiplayer screen to the Main Menu, this takes less than 1 second, and the same should be the case when I try to do the same thing from the Statistics screen.

This is the screenshot I managed to capture at the end of the loading process (in this example, just before returning to the Campaign menu): 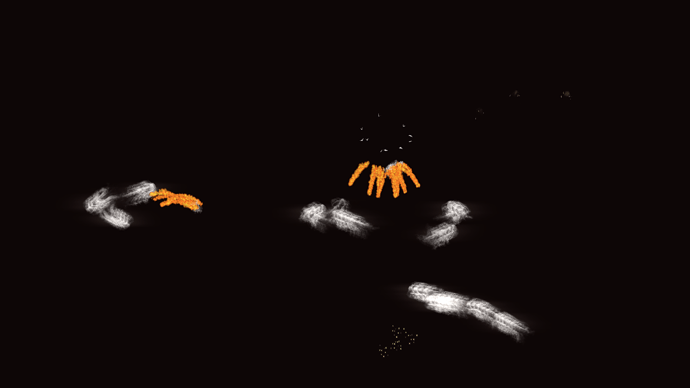 wtf_screen1920×1080 249 KB
Whenever I see this screen, the colors are always in a different location. Sometimes, just before starting a game or watching a recorded game (which does not take longer than usual), I see the same screen in a small fraction of a second.

I am aware that @ thieftdp8498 does not see the same screen. He uploaded a useful video in his bug report that highlights the problem of the long loading time, though.

The same thing happens to me, screen freezes with fireworks in the background. In my case, every time I finish a campaign scenario.

extreme delay, for modder this is hell. wait 8 seconds each time finish testing something…

Thanks for this, we are already tracking this issue!