One feature that is in several other strategy games (Cossacks, Total War, even AOE4) is the ability of choosing the direction your troop formations will face, independantly of the direction they walked, typically by doing a quick click-and-drag with the right click, facing toward the wanted direction. An example here in Cossacks : despite ordering my peasants to move to the south, I order them to face east upon arriving. 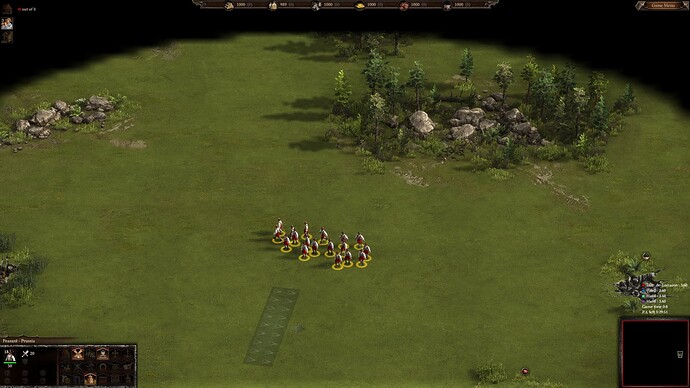 In AOE2, formations will always face the last walking direction instead. It has little impact when controlling a group of similar units, but it’s significant when moving a group made of archers and infantry for example, most of the time you want the infantry to face the direction of the enemy to serve as meat shields, protecting the archers. This would allow such groups to safely take position in one order, typically when flanking or making a tactical retreat, instead of having to give extra orders to have troops properly placed.

It wouldn’t remove anything when it comes to micro, it just adds another option.

This was a feature planned in the original alpha stages but was scrapped.I think without a flanking bonus its not very useful.

True, it’s not as important as in Total War for example. Still, it’s mainly to make sure that your meat shields are in the front relative to where you expect the enemy to be.