I know this has already been mentioned over a year ago, but so far nothing has been done about this rather serious bug, that completely ruins the creation of bigger maps for everyone. I am talking about the infamous scenario editor texture bug, which limits the different textures you can use to 40, making it nearly impossible to create larger maps that are visually appealing. Further information:

DESCRIBE THE ISSUE IN DETAIL (below). LIMIT TO ONE BUG PER THREAD.
The scenario editor can only handle 40 different textures at once. All following textures will appear bugged (usually a brown or green color) and other, already placed, textures might change into that bug texture as well. This can only be fixed by reducing the number of different textures on the map back to <41.

How often does the issue occur? CHOSE ONE; DELETE THE REST!
100% of the time you place a 41th texture in the scenario editor.

What was SUPPOSED to happen if the bug you encountered were not present?
It is expected that the textures appear as intended, similar to the legacy version, instead of a brown/green error texture. 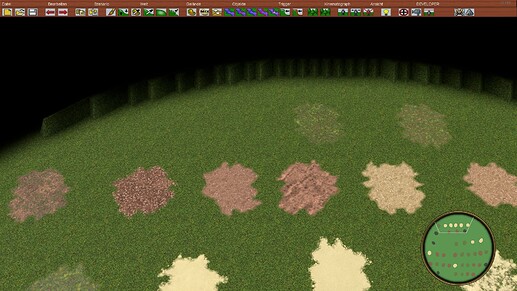 scenario_editor_texture_bug11920×1080 296 KB
As you can see on the minimap there are currently 40 different textures on the map (including the default grass). All textures appear as normal. 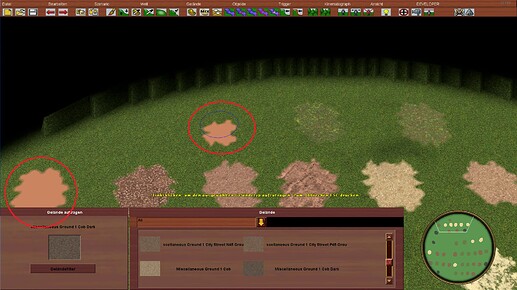 scenario_editor_texture_bug_21920×1078 239 KB
Once I place an additional texture, that one appears bugged, as well as one of the textures that was previously placed. (Brown textures instead of the normal ones, first ones in row 1 and 2).

I hope it is possible to fix this issue, especially since, with the last patch, scenario designers finally received some support in form of 4 new triggers. It would be a shame to not let players design maps with an acceptable variety of textures.

I assume that’s an intentional limitation because of texture budget.
It’s easier to optimize when you limit the amount of textures.

But they could at last give us some tools to deal with this limit. A counter would be nice and an interface where we can replace certain textures so it is easier to stay below the limit. Trying to look everywhere on the map is a bit annoying. Sometimes a texture is only used in a small spot somewhere potentially even under a building where it’s invisible and takes away one of the slots.

Thanks for your report! We had already this issue tracked, but it seems that now it works differently. New issue tracked!