Scouts and Religious units are counted as military units

This is especially annoying when playing the HRE because you will constantly pull your prelates to the frontline instead of using them to improve your economy.

Agreed. These units are better controlled with their own select 1 and select all commands, in my opinion.

Army formation is also arrange by speed. Therefore your weakest scouts are always being the vanguard as dead before you can pull them back.

P.s. scout should be able to build in stable as well. I found it annoying that I need to bring scouts from tc to front line because stable at front line can’t produce them.

Interesting. This is not a bug, it’s a lack of feature or a bad design because the problem is subjective to whether the player consider the monks (or the scouts) a military unit or not… this has no clear solution. Maybe add a button in the UI when selected the unit to toggle on/off military behavior (?).

You know what else counts as military? Mongolian buildings when they are packed.

This is annoying as hell since I use a “select all military units” hotkey to control my army very oftenly and whenever moving armies and happen to have a packed building, the building will move with the army instead of going where I ordered since it counts as a military unit.

Oftentimes I have a situation where I have sent a monk to pick up a relic and I have to select all my scattered military to advance push. I use the hotkey to select all my military to consolidate them to a single place. Unfortunately, the monks also get selected and if I don’t de-select them properly they start moving to the military’s new position instead of going on to pick up the relic.

In addition to this inconvenience, I also feel that religious units should not constitute military untis.

Absolutely hate this and the issue has been known for some time now since beta. Hopefully it is included in the upcoming patches.

Just add a separate hotkey for these units.

There is a hotkey to circulate between religious unit. What we need is a different type of units. Maybe something like a “support” unit that will include the imperial tax collector and monks & priests.

Also, packed Mongol buildings also get selected as military units. It would be great if those were not selected as well.

The thing that really gets me is playing as Delhi, selecting idle military unit and having to scroll through all my scholars in military buildings.

Yeah, it’d be cool to have options on religious units (and fishing boats as Delhi) being part of the military selection key.

I started using the “all idle military” key instead of all military to quickly grab things, specifically because of this and the fishing boats. That hotkey never selects the scholars tho, so if you want them you have to make sure to add them into a control group/hit the all army hot key.

Agreed. There’s plenty of hot key capacity for this.

If I could like this thread a thousand times I would. This happens to me all the time and It’s so annoying.

In theory, this is a very useful and effective hotkey, if not for one thing. When you press “all military units” together with military units “scouts” and “priests” are also selected, and it spoils the whole point of this button. Your priests can gather relics, seize sacred sites and your scouts scout the area or drag deer to the base. They are not military units, they have different tasks. This is very annoying and you have to remove them from the unit list every time. There is a separate hotkey for priests and scouts there is no need to be in “all military units”.

Grubby talked about this in his guide, here is the timecode. 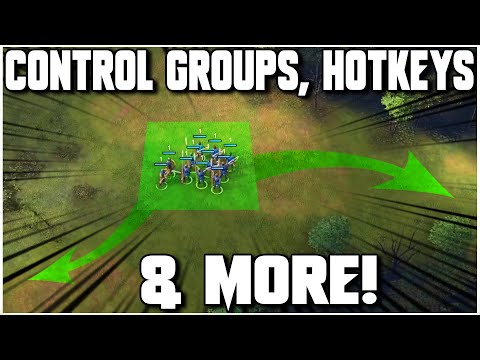 It’s even worse for the HRE, as you need the prelates to buff your economy

At least (as abbasid) when you hit the all army key it doesn’t select Fishing Boat or the Explosive Dhow. It does however select all the other boats which I don’t like.

I wish all army key didn’t select scouts too.

I need to get better at fixing idle vils, boats. My UI constantly shows idle workers, but the hotkey for select idle vils doesn’t select them if they are garrisoned in TC/towers or fishing boats. Then I am forced to use period (.) and center camera hotkey to find stuff.

Scouts and monks are military, like anything that cannot gather resources in the game, and should be part of any army to heal and to give more vision.

The worst is Delhi because for some reason selecting the single idle military always cycles through my scholars in buildings first before getting to any other units.