Search betrayal button doesn't work in regicide game, can someone fix this bug for me?

I’m Brazilian, I don’t know if this is how I should report the bug, the betrayal search button doesn’t work in the regicide game, that is, it doesn’t reveal the enemy kings, can someone fix this bug for me? my steam nickname is chaveirinho do maguila , from the city of jaraguá do sul, state santa catarina, brazil.

Hi @PequenoBuiu
I couldn’t reproduce this issue, could you disable your mods, restart the game and try again?

I disabled the mods and restarted the game, and the problem continues, I heard that in the Age Of Empires 2 definitive edition wikipedia, only in the imperial age can I reveal enemy kings with the search button betrayal, which is the eye of the castle. It’s true, I don’t understand if it’s a bug or the game’s default, I’m Brazilian and I don’t understand this game completely.How long does it take to fix the bug?

I’m not sure if this is the issue, due to the language barrier, but I did see a post about treason only revealing the kings of other players in Imp, not any of the earlier ages. I haven’t validated it, but it may be worth testing?

I’ve tested it in previous eras, but it doesn’t work, the research betrayal button only reveals enemy kings in the imperial age, it could be a mistake on my steam, I have 3 accounts on steam, doesn’t matter?, or is this the problem?How long does it take to fix the glitch or bug?

That’s how it is supposed to work in Regicide game mode.

Not being able to see kings of players who aren’t in Imp?

I think his problem is the spies tech shows only kings instead of full map visibility in Regicide mode.

The Full map visibility works, what doesn’t is the option to reveal enemy kings already in the dark ages.View the photo. 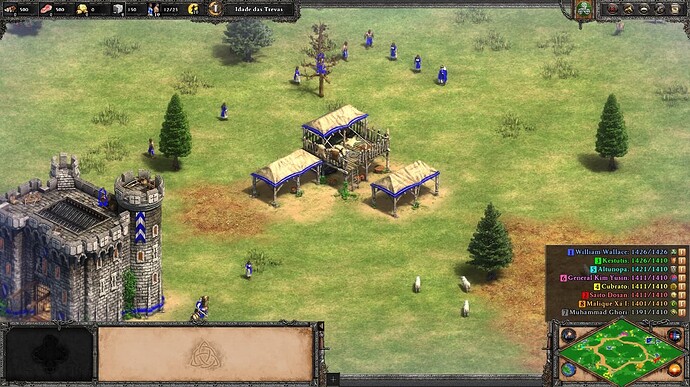 I talked with the team about the issue, thanks for the report!

How long does it take for them to fix the problem?

I can’t provide an estimated time for this to be fixed, sorry.

Can you let me know when the bug is fixed? On the day it is fixed, will I have to remove and install the game again?|The game belongs to my Steam account.

Can you let me warn when you release the update patch that bug?

The game will update by itself