Second Half of The year Roadmap

The new roadmap just poped up: What’s in a Season? More on Age IV Seasons Two and Three!   - Age of Empires

The truth of the rts that I know, most play cooperative rankeds, it is what the game needs to be complete, the siege is already nerfed and the value of the wonders is pending. that they paid, collaterally, also the 1v1 at cost 6 thousand

Better than having cheats is the mod that has coh2, where you can choose units and simulate battles 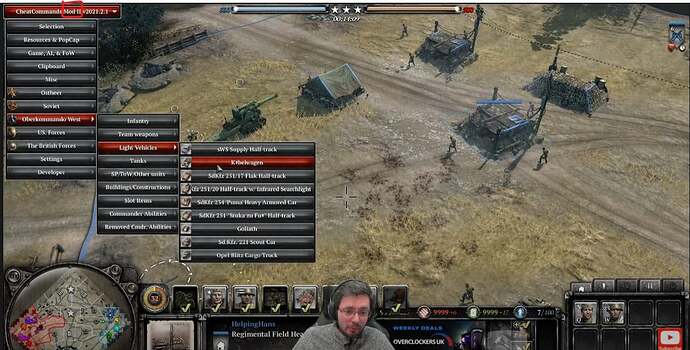 r/aoe4 - The mod I was really waiting for

I did a survey that is still open

Which mods would you like to see in the base game? IV - Discussion

in coh2 the battle simulations are done through a mod, not through tricks, that’s what he expects from the mods, so as not to bother a friend if I want to test the game [imagen] poll

TG ranked is an interesting step.

1v1 players will argue with TG players on what is op and what is not. Buisnes as usual.

1v1 players will argue with TG players on what is op and what is not. Buisnes as usual.

i can’t wait for the new zoom. it was so good in the pup and i really miss it right now

I really, REALLY hope that they’ll have some DLC, UI and observer improvements by November.

Listing bug fixes and balance (and even using separated lines for them) for the first anniversary of the game is a bad taste joke at this point.

A part of me thinks that they will announce their first civ DLC at a stream or something like that and not via a road map without further context but time will tell. We should have at least a DLC confirmed before the end of this year otherwise it’s weird.

the game will be structurally complete with the cooperative rankeds, and that will be from the third season

The background has me curious if we will see major balance changes to navy? New units to help balance it off?
Rework on navy? Yes plz.

Also Taunts are one of the biggest things I’m Hyped for. It ain’t a real Age of Empires without its iconic taunts!

I would be shocked if AoE4 was the first game in the franchise to not introduce any new civs within a year or so of release. (Looks like the latest expansion was the Rise of Rome, which was about one year and five days after AoE1 was released.)

Taunts and cheats are good. Ranked for team games are also ok.

Considering the current development speed I think AOE4 maybe has in 3 to 5 years the same features as older AOE titles have now.

Not to mention the lack of content compared to AOE3 and AOE4. AOE4 has very little content.

No word about new civs

The orientation on e-sport and the slow development kills this game.

At launch AOE community expected a game with the same features as previous AOE titles and of course new features. Unfortunately AOE4 was a big disappointment.

Instead of fast bring the missing features and bring new features no previous AOE titles have it takes ages for features to be implemented.

Yes, that is. And the E-sport It was probably One of the reason behind the low graphic.