So , some one made a topic a lot of time ago saying that he found a secret building in the old fottage of X019 , it was this building :

It isn’t a blacksmith , it’s just a new building.

And we thought that that building was also in fan preview , in the UI we can see a extrange Icon that is not present on the open beta.

And see what i did found on Mongolian video posted yesterday :

And for those who might say , it is a blacksmith or an archery range! 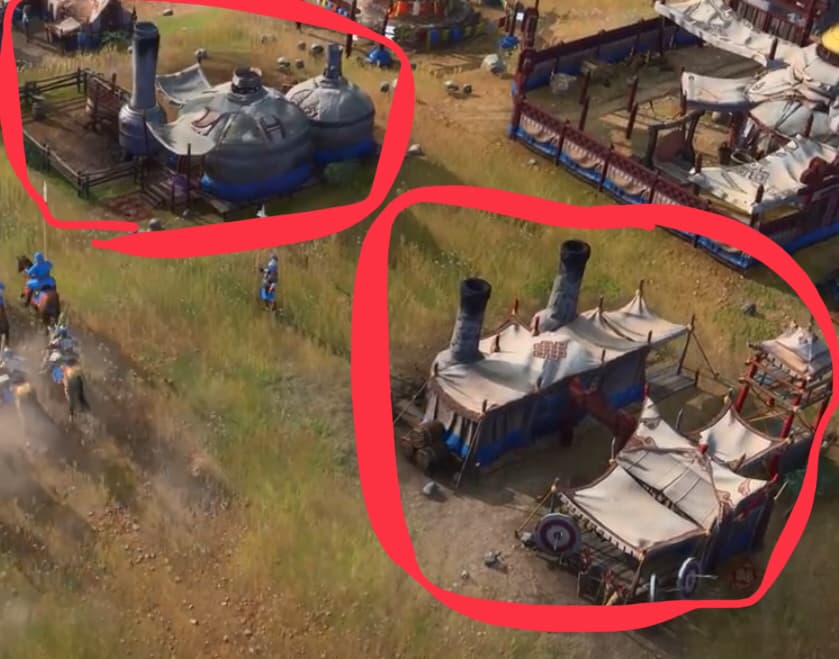 Comparison with blacksmith and secret building.

And for those who says that it is an archery range

As you see is a complete different building.

Pretty similar isn’t it? It haves that extrange door on the middle of the building…

What do you think about it?

Hmm , what do you think it does that building!

I have a feeling that building might house upgrades kinda like the university.
But perhaps more military oriented.
Regardless, its surprising to see it turn up again because everyone thought it was just a removed feature.

it maybe is just a easter egg , or the video fottage of mongols is from fan preview builds , that makes sence actually because in fan preview that building still exist

So , what is our conclusion? it maybe is just a easter egg , or the video fottage of mongols is from fan preview builds , that makes sence actually because in fan preview that building still exist

I highly doubt it considering this video was only posted a few days ago.
Why would they randomly going back to an old build from 2 years ago?

honestly i dont know but maybe this building will come in lauch! and that might be the reason of why we are seeing it in the newer build