yes defintely what I want to say here.

I am just curious this should be happened to lots of other players too.
As my experience thought I dont encounter this encounter issue very much, but defintely not less as I remember.
I am suprised that no one here raising out this issue.

This is not a stat. Stats are about what’s already happened, and we are talking about the way things are going to happen now with this change.
Now, the sum of elo variation is 0, which means that when rating will be close to stabilized, most players will have winrate close to 50% (at least for the most recent games). This will be the case both for solo players and premade teams.

dude, do you know the elo variation and the win rate doesnt have a direct relation?
even right now the 2 sides game elo variation is the same, it doesnt mean that players win rate will be balanced.

The last issues are smurfs, and huge difference of rating in a same team.

if you look into the top 100 of Team random ranking list.
most of them are having 70% win rate and no one doing solo queue (you can check the history)
it’s a fact that everyone knows doing solo in TG is kind of a suicide action when facing premate team.
I am kind of surprised people are taking advantages and not admit they are having these.

for my experience, I do 90% solo queue.
for the 10% of premate team, I usually win those solo team without any difficulties.

come on, let’s be rational?

My Favorite map is always Arabia.

Game1: Lost
map: Crossroad
my team: 4 solo (elo difference: -109)
Opponent: 2 solo + duo (elo difference: +109)
Summary: elo not balanced, duo team, 8P solo ranking is 1900 up, but that’s another issue, whatever my side would be lost, but the players matching is bad. They could have balance up the different.

Game3: Lost
map: Afracia
my team: 4 solo (elo difference: -86)
Opponent: 2 solo + 2 duo (elo difference: +86)
Summary: solo vs duo team, unblanced elo matching my civ was countered by my nearby opponent 4p, and I think he’s a half smurf account, his real elo should be higher as his winrate is now 66%

If you play Solo your limit would be around 2700-2800 unless you like the painful matches, players above that rank are stackers, despite their low ranks in 1x1, playing together and controlling the maps they want to play allows them to boost their rank to 3k and more, that clearly shows how huge is the impact of premades.

I know that splitting the queue would be bad given the small size of our community, but removing the control of premades over the maps could be a good start, but honestly the only way to have fair team games is going back to the lobby system so you can chose the map and the allies, if the game was even then you will have another 2 more games with the same players, so that compensates the time during the waiting room compared to the altf4 matches.

yes, totally agree what you said.
What I feel mad here is people knowing the fact from their heart and deny it by their words.
which makes me feel disgusting.

so, right now in 5 games

Game 7: Lose
map: Carter
my team: 4 solo players (+44)
opponent: 4 premade (-44)
Summary: this show you how one-sided it is, the fastest one sided game of today.
They chose specific map, with specific stragegy, solo flank players are nearly impossible to handle if they are in similar elo.

7 games and I still not getting my favoured Arabia map?

I still remember I raised a post about how unfair of premade team on ban and favours map, some people here telling me it’s absoultely fair.
People like enjoying having advantages on others.

I got 8 games and I am done today.

I am quite suprised the result going that extreme and proving what I said.
You might say the stat is not large enought, and yes, it is not enough, but this happens mostly for my Team games in solo queue. and I bet every solo players if you are in similar elo, you should feel the same. 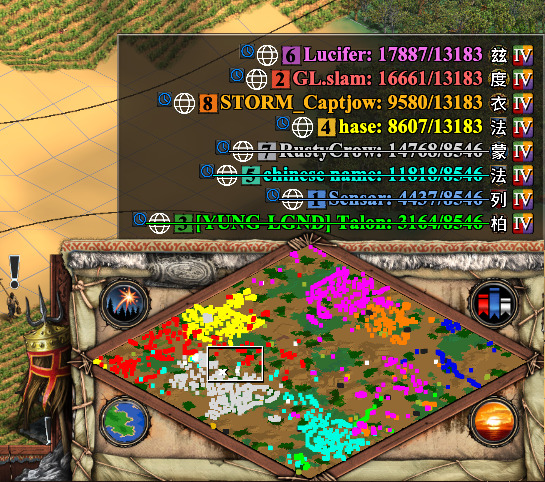 How do you know p6 is a smurf? I cant draw that conclusion based on his aoe2 profile. To me it just looks like a normal profile. Als Slam isnt a bad player on that side either…

Your teams wasnt 4 solo as well. P1 and P3 are premade. You have to mention that as well in your post.

yup, sorry, I just noticed that 1P 3P are premade, just amended.
and the smurf is 8P, I typed it wrongly.

yes, Slam is pretty decent player, I think I could won our side by keep 2v1 him. 4P seems kind of a lower standard in the game so most of the game he’s 1v2 us.