If AoE 4 turns out to be a game in the Middle Ages, it will be the makers of the easy way. Instead of creating a completely new game, they will do a replay of the most popular part of the series. They know that they will make the best money from it. It makes me sad. Ever since I graduated from AoE 3, I was hoping that AoE 4 would be from the Victorian era to the Cold War.

one of reason why they went back in time is because how aoe3 didn’t succeed as much as aoe2 did due to the boring timeline to the whole so many new mechanic especially the card system that made the game doesn’t feel like an age of empire game (and if remember correctly there ES devs said something similar to this) to the limitation of building and not be able to build near enemy base.

so it make sense for them to follow the successful model, and personally one of the second reason for them to go back in time is that the medieval era suits age of empires the best compared to other eras due to the huge amount of empires and civilization that existed around the medieval era compared to small amount of empire in the future eras and the whole knights, archers, swordsmen, pikes fighting each other is a’lot more fun to see and play around with compared to all in gunpowder and so many stories to tell.

and the whole world war, Cold War, modern time, etc… doesn’t really suits age of empires since then you have to change the core gameplay of the game due to the era to introduce so many mechanic to the point it will a very alien game to the fans of the game and they drop these games entirely and go back to older age of empires games and there’s already games that serve these era (e.g company of heroes)

I think the middle ages are simpler to create gameplay mechanics for.

For me personally the main struggle in AoE3 was that most of the units just aren’t intuitive, I don’t know what I should make to counter what. For example, some things are just complete nuts. The Aztecs Arrow Knight (basically, an archer) is the BEST siege unit I’ve seen in game, so yeah, that’s not very intuitive. And then you have a bunch of different riflemen, that are each good at different things.

In AoE2, it’s way more intuitive.
When I was completely new to the game back 20 years ago, my line of thought was approximately like this:
Spearman… hmm… probably good against units on horses. Archers… hmmm… probably good against the spearmen… Mangonel, looks like a catapult that throws rocks… hmm this might work against the archers… a knight, hmm he has a horse, I bet he can snipe that slow Mangonel…

You see what I mean? I think its just easier to build a game for the middle ages.

lol for thinking mangonels where useful in field battles.

“Intuitively” they should be good against buildings.
And of course, Cataphracts…hmm…he has a horse, I bet he is countered by spearmen.
Skirmishers…hmm…he has a javelin, I bet he has short range and high base damage.
Mangudai…hmm…he is an archer, I bet he cannot deal much damage to siege weapons.

ofc there were surprises in AoE2 for sure as well… the Cataphract indeed being a good example of it, but at least most of the generic units are fairly obvious

lol for thinking mangonels where useful in field battles.

I was like 8, and super salty that the AI kept killing my glorious army of nothing but men at arms with his archers, so I rolled out with like 20 mangonels lol

Developers should remake AOE2 in 3D instead of changing AOE 4 to AOE 2 + 2. I still look forward to tanks and marines.

AOE4, if what you guys are saying is true and developers are still brain storming the situation, should be all Roman Empire and surrounding territories. Those were the coolest of times.

And then you have a bunch of different riflemen, that are each good at different things.

Tbh all “riflemen” are only good at one thing. Muskets are not rifles until ~1850s.
In every modern game people can distinguish generic infantry with rifles and snipers with “rifles” and accept that they have very different roles.

Ironically Arrow Knight is by all means a medieval unit. So this really had nothing to do with time periods
The reason why they are artillery in AOE3 is because the devs want the Aztecs to be unique and a little more “accurate”, instead of using generic European units. So they cannot have siege engines or guns, but they still need an artillery.
If you apply that design principle to medieval Aztecs (e.g. Medieval 2 total war) you’ll still get very similar results.
Or you can apply it to every setting and still get units that “look similar” but do different things, e.g. AOM, where Norse axemen are cavalry counters and Egyptian axemen are infantry counters.

Following this path, AoE 5 will be about antiquity, or suddenly about the future, because people like lasers …

They know that they will make the best money from it.

Well, duh?! Should they have gone for something that made them the least money? How many more topics are we going to have about this non-sense?

I dont understand why this continues to be a surprise for some people. I mean, you already answered yourself. Of course they went with the option which would make AoE4 the most successful game it could be, in this case continuing the model of AoE2 (which doesn’t mean a “replay” btw). It’s part of a business, not volunteer or charity work, they need to turn profit.

And when you take into consideration that this also pleases the majority of the fan base, AoE2 being the only truly big game in the franchise (with a substantial following), it was always the most logical option they could have opted for.

If you personally want them to go for tanks, marines, planes, whatever just because it caters to your specific desires, good luck with that, but it’s pretty much common sense how this works.

I have a batter question, why not simply by a game that does already do it?

I mean you want
Napoleon, get cossacks 3
WW2, get Company of Heroes
modern get and ships get Wargame: Red Dragon
sci-fi = Starcraft2
fantasy = Spellforce 3

Following this path, AoE 5 will be about antiquity, or suddenly about the future, because people like lasers …

try maybe rise of nations? it does have exactly what you ask

AoE4 was very likely planned as an Medieval game from the beginning.
Age of Empires never got a more modern Setting than AoE3, all the spin-offs always used older settings.

They had to call it Age of Empires 4 to make clear that its a real classical PC RTS game.

AoE4 was very likely planned as an Medieval game from the beginning.

The only thing it shares with AoE2 is being an AoE game and using the same time frame.
It is not just an AoE2 in 3D. It is its own game.

Because the series has stalled for ~10 years and RTS is not as popular as it used to be, it’s okay for the devs to be more conservative and go back to the “safer” setting because middle ages is very stereotyped by fantasies across media and easier to represent (see how many people cannot accept the difference between line infantry and skirmisher in AOE3).
Interestingly the devs in almost every interview try to persuade people “this game plays like AOE2 very very much, only with a liiiiiiittle changes, and some elements and designs from AOE3 and AOM that we dare not refer to”.
I’m very curious how it would work out (I would be happy if it does). In fact, sequels after 10 years to an old title rarely work out, regardless of being radical or conservative.

It is just a money grab, look at the popularity of Age games, aoe2 is the most popular, by far so the devs decided to make a new Medieval Game. 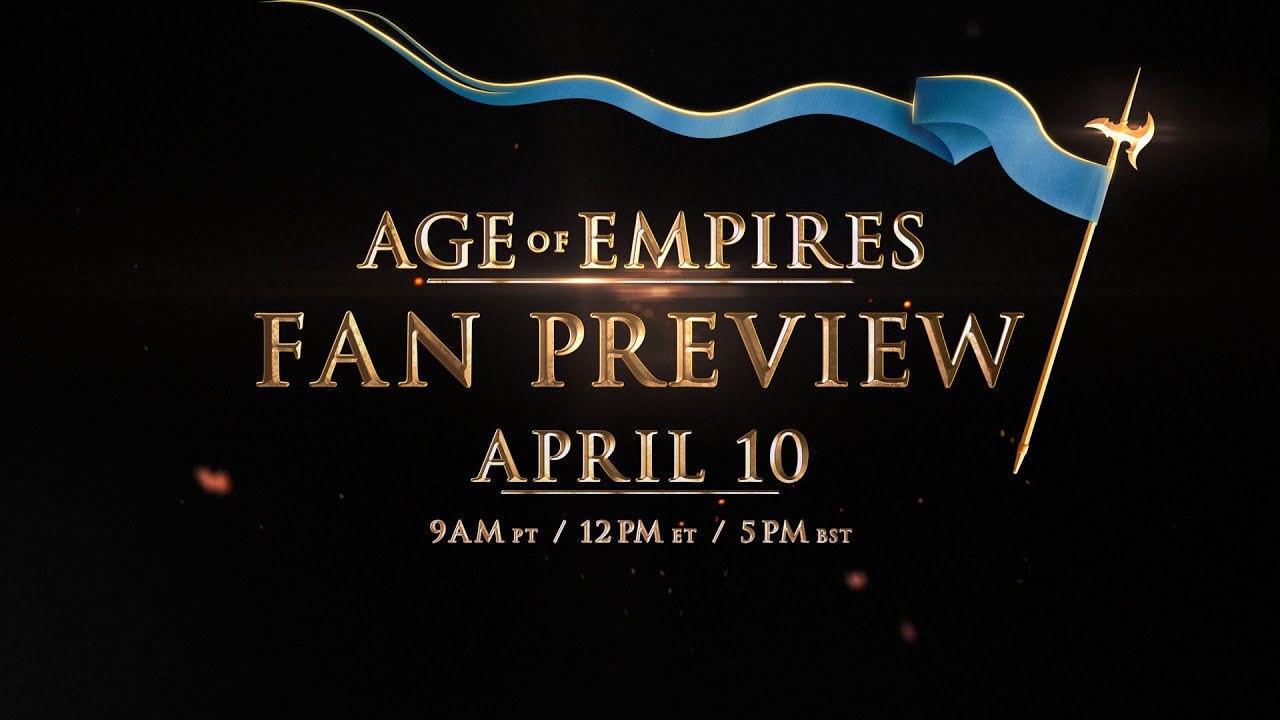