the shift + right click , when you tell a scout to follow a target , the scout will always want to reach his initial destination first before following the new route.
this behaviour is not the same as in aoc . and i find my self having the stop the scout first before defining a new route . and this results in many clicks and many frustration especially in early game when scouting is essential .

i think this bug is due to the newly implemented feauture that makes shift cue commands ; that had the unfortunate effect on scouting . 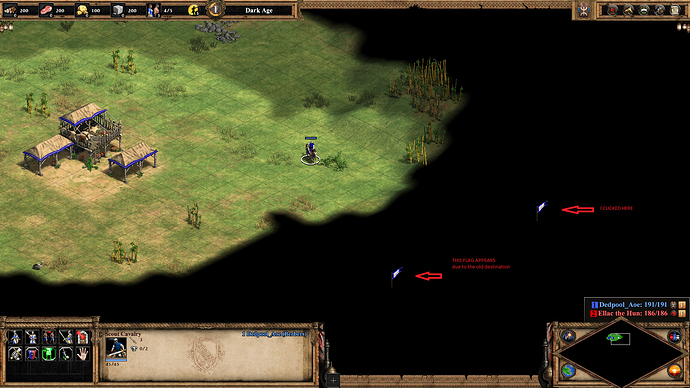 It’s not a bug, it’s the new behavior.

It’s how it works now. You can define a lot of points to reach and let the scout do his job exploring the entire map while you are doing your own things on your empire.

You can disable this new behavior with “New waypoint behavior” checkbox under game options. But I suggest to use it, because it offers more possibilities than old system and IMO it is preferrable to have unit moving immediately towards first waypoint