DESCRIBE THE ISSUE IN DETAIL (below). LIMIT TO ONE BUG PER THREAD.
Converted Celt Siege Onager (SO) with Aztec Monks resulted in the SO turning into a magonel. This happened on Michi in a 3v3 where I was playing Aztecs in Imperial Age. At this point in time I had only invested in monk upgrades and didn’t have any siege upgrades. I speculate that the game checked that I only have magonels available in my workshop and reverted the siege to match my civilizations.

What was SUPPOSED to happen if the bug you encountered were not present?
Siege Onager converts into an Aztec Siege Onager. 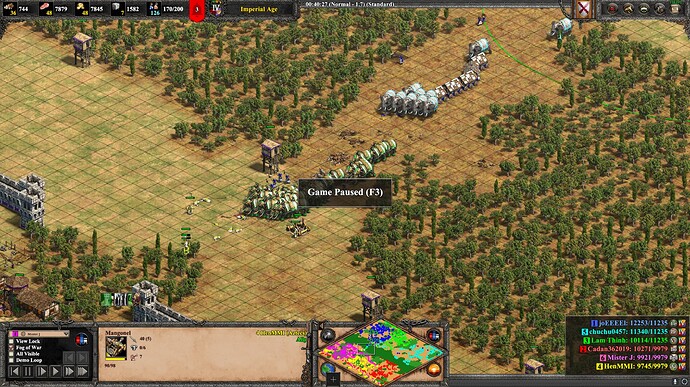 Hi @HENMMI !
We are already tracking an issue that happens with converted siege units when different techs are researched. Probably, right after converting the Siege Onager, you researched a tech and these SO reverted to Mangonels.
Thanks for the report

Thanks for responding, it’s great to know the devs are already on top of the issue.