In Saladin 4: The Siege of Jerusalem, scouts report that the orange enemy “have also own some military buildings inside Jerusalem.”

It’s redundant to use both verbs have and own in the same sentence like this. If own is meant as an adjective it should come after the quantifier and not before (“some own military” and not “own some military”).

The Scouts’ report was supposed to be clear and easy to read. 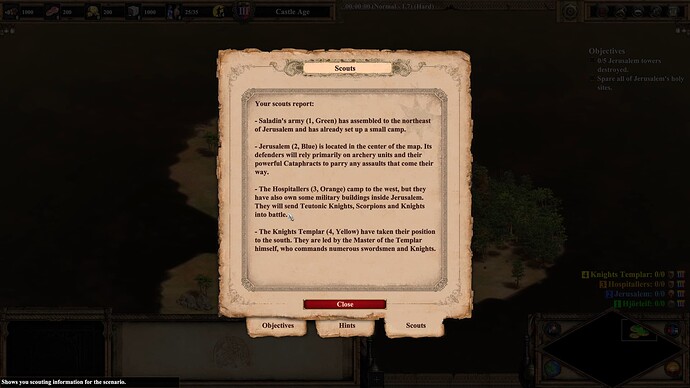 I would get rid of the have, I think it makes the most sense for them to “also own” other stuff.

Hi @Hjoerleif !
Thanks for reporting this, we are now tracking this issue