Hello, let me just lay the ground work before I talk about the Wanderlust card. It was a 30min treaty FFA. Most of the time this happens on FFA treaties, not sure if its common place on other modes as I tend to hang out in the FFA matches. Normally it starts with the walls 5-6 layers and then you notice that the dutch player hasn’t aged to imp, if your smart its at this point you drop everything and hit him as soon as the treaty ends, or the shell of walls will only grow larger, but even still the more you throw at him the stronger he gets with a card called Wanderlust.

the card boosts the hp of units by 5% and the speed of villagers by 5% nothing too crazy until you realize it can be sent and infinite number of times, so the longer the match goes the stronger south Africa gets and this is where those dreaded walls come in slowing you down while they send that card over and over.

Our match lasted 3hrs and 56 secs by the time his last villager died his speed was insane and the hp on those things ungodly( I wish I had a screenshot but at the time I was too busy trying to kill them) the last 30mins of the match was him running around with a few CDB’s building a few things here and there but mainly just out running everything and hiding. the only way we could finish him was walling him in little by little until we could trap the last CDB.

I don’t want the card removed as that’s what makes south African revolt unique but maybe a limit on how many times it can be played( for example around 15ish tbh I’m not sure if that’s too much)? or removing the villager speed feature because as the walls got taken down the fast little vills ran in built a new wall and ran out, and just generally ran away before a shot could even be fired.

Am I just over reacting? Do you guys have better methods for dealing with this revolt? I like to main the native civs so ranged siege isn’t always the strongest. Personally id love to see wall placement distance nerfed but i bet id get a lot of hate for that suggestion

so I would settle with the devs looking into the wanderlust card. 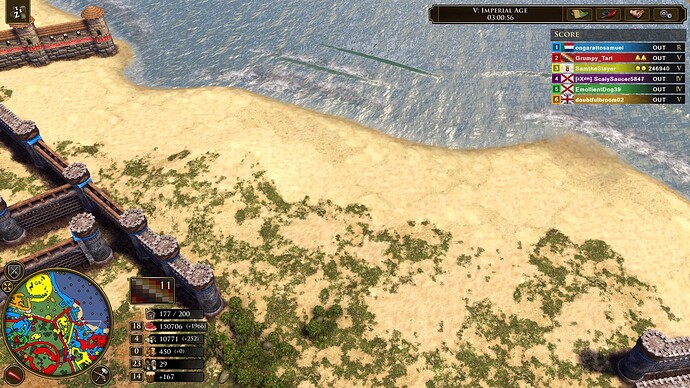 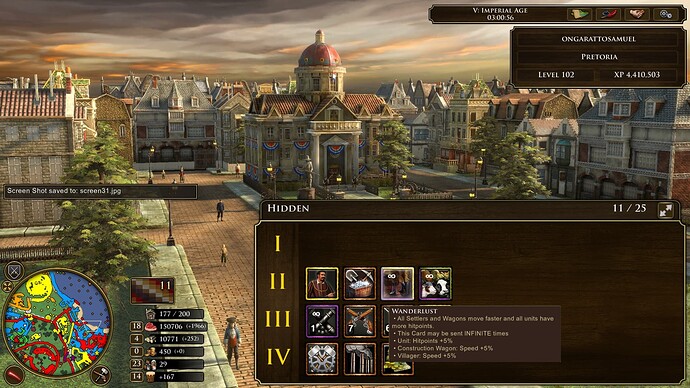 Thats the strat for SA, I have thought about a speed limit, but applied to every civ to avoid super fast units by the effects of stockable HC cards and upgrades.

south african revolt is already weak , only thing that make them viable is that card , and this card is very weak , 5% is like 6-7hp for most units .

for it to be good, you do have to send it atleast 10 times? ( to get vils and skirms to 5 speed) so I dont think its that big of a problem, could probably cap it at like 6 speed or something.

Infinite scaling is actually a concept we’ve never really seen in this game before, I actually wouldn’t mind if the devs tried expanding on this idea with later content but maybe in ways other than wanderlust/shipments, I feel like it could be a really interesting mechanic but it might break treaty play so idk

Not a fan of infinite scaling. A 20 card limit would be fine.

I miss the time when you could play Dutch with 5 factored, normal deck and revolt cards by copying… Exploiting but man that was dope,and broken…