Sowars are strong and underused

I have been saying this for years, and people always told me they are weaker than Hussars.
Sowars are an “end your game in Colonial” type of unit, that uses the Indians lack of economic dependence on Food, to it’s fullest extent.

Easy to mass, fast to train, hard to kill, and hard to catch up to. 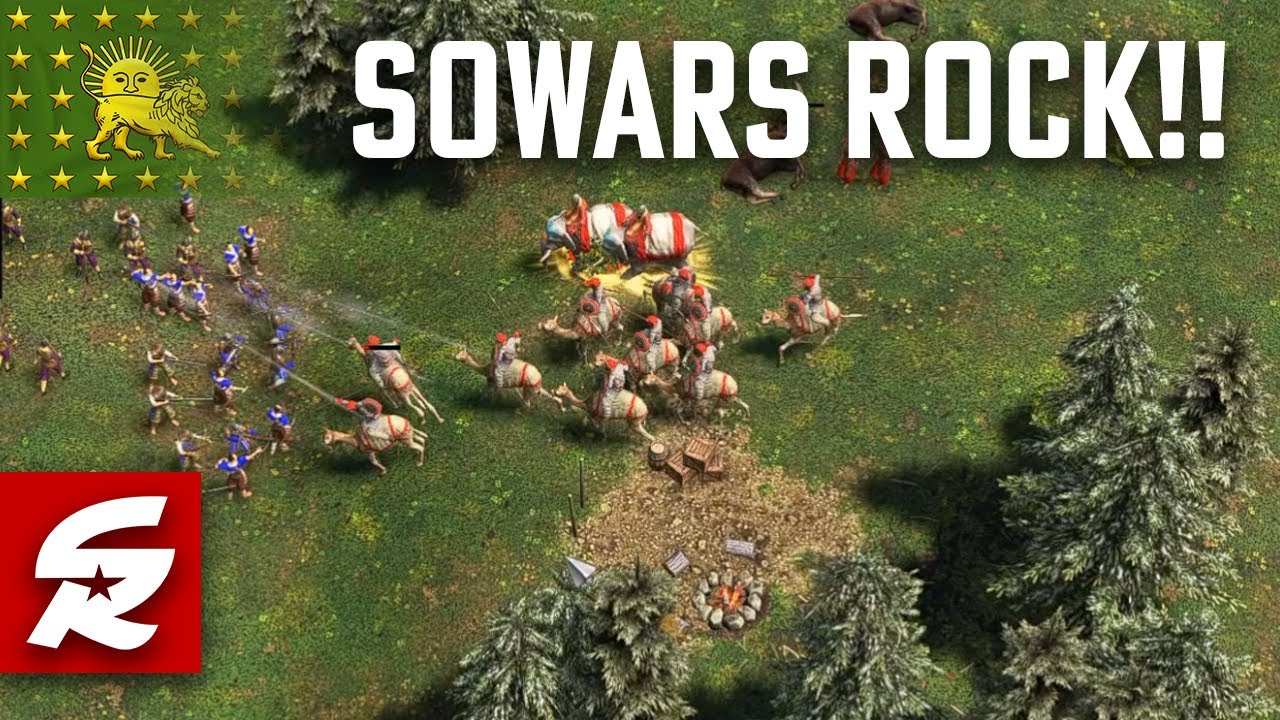 This is not a call to nerf Sowars, this is a call for more people to use them. Sepoy games get stale real fast, so mix it up a little.

They play a role in preventing the enemy from keeping their troops only as Xbows or archers in order to prevent Sepoy. That alone makes Sowar paying for itself. I think it’s a pity that they will be replaced by elephants in the Fortress era, which means elephants are overly powerful.

Actually, Elephants are a bit too expensive, specially in Pop (you already spend your Wood on Vills, so you likely have less Wood around for Houses), unless you send their Pop-reduction card.

I agree that Elephants are stronger than Sowars, but Sowar + Zamburak in Fortress is actually really good too, even though Sowars start losing effectiveness after Colonial, and really need the buff cards to stay viable in Industrial.

The bonus cards for them are obviously good enough. They have upgrade cards that make it easier to get rid of infantry like Skirmishers.

However, under any circumstances, when 3age is reached, Sowar has no reason to replace the elephant. I think we need to address this issue first before discussing the buff for Sowar.

I actually do not think they need buffs, at all. Sowars are good as they are, as Colonial Age pressure units.

I think it is OK they get replaced by Elephants in Fortress, otherwise there would be no point to the very expensive, pop-demanding Elephants.

This thread is to encourage people to play Sowar openers, rather than the eternally bog-standard Sepoys you see all the time.

I get it, Sepoys are strong, still die to Crossbows, use something else, sometimes.

I can’t understand the thoughts of past developers who gave two troops of the same type.

Variety, and probably because they saw that Age 2 Mahouts would likely be too powerful.

The real mistery is: why Zamburaks and Howdahs on the same Age, with the same function, specially when Zamburaks were actually unique to Persia?

It won’t be accurate as Persia hasn’t yet appeared in AOE3, Perhaps the Persian Zamburak have a different gimmick than the Indian Zamburak because of their cards.

Well, they could have been a Mercenary unit, which would make more sense than being a redundant unit on the Indians lineup.

I guess they do benefi from a few Camel Cards, and are supposed to be part of a Camel strat they wanted to put in the game, but in reality, the Camel strat is a Colonial Press, not a Fortress Age follow up.

Perhaps the developers in the past thought they wanted to add various units for India.

However, the Sowar is a good enough unit, but they may have overlooked that the cavalry on horseback to India is better.

but they may have overlooked that the cavalry on horseback to India is better.

Maybe they just wanted a Camel unit in, and to be honest, the Mughal Indians was their best bet at it, since they chose to not add Moroccans or Persians.

Probably your opinion is right.