When playing the first cinematic “Chayton” in the Act II: Shadows campaign with the game in Spanish, the spanish voices for the old game are used, just like all other campaigns. However, since this cinematic has changed, nothing has sense anymore (Chayton doesn’t know Bill in the spoken lines, but it does know him in the subtitles).

The issue is aggravated because the dialog keeps going on whenever the spoken sentences are finished, so in short sentences you can’t even read the subtitles.

I have been able to play all the campaigns until this one without much of an issue, since only the ending cinematics were in english and the original spanish voiceover fitted nicely during the game. I didn’t have much hopes for good spanish voices because AOE 2 DE ignored them, but in this particular cinematic it breakes everything.

Either a new spanish voicover updated for the new story or, at the very least, the english voices.

The first sentences are spoken in english and the next ones are the original spanish voices, but the voice and the subtitles say almost opposite things. 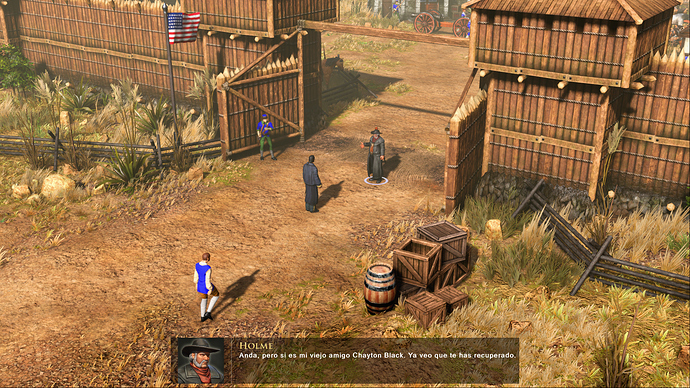 The voice is speakibg the old campaing lines, did they changed the lines in other languages?