Hello:
There is a translation issue for spanish language, I noticed when I played with the Incas in the beta, and maybe this bad translation is in other places too, when you age up your civilization, there is a text in spanish that says: “Envejece muy rápido …”, the word “Envejece” is not commonly use for this scenario, the correct translation should say “Avanza de era muy rápido …”

When you use an english to spanish translator, “age up” translates to “envejece” but as I said before is not correct, “age up” should translate to “Avanza de era”. 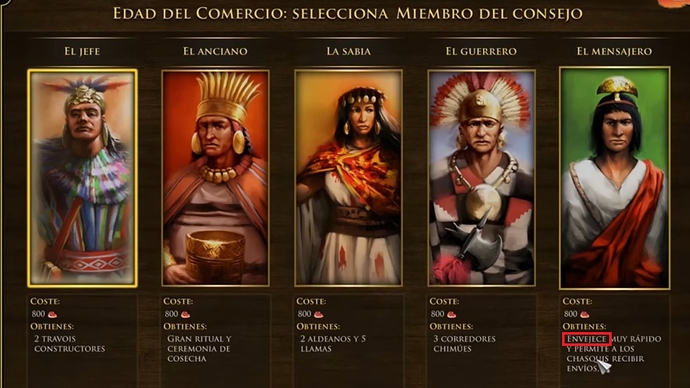 If you want to hire me as spanish translator, this is your opportunity, the pandemic left me without job

I also saw that problem; many spanish translation are sort of weird, but the biggest issue I saw was the use of the term cuzco instead of CUSCO as the official name for Incas’ capital. It is like they used Wikipedia for naming the cities