Stay Away From England

Was asking around on the Steam users forums about England yesterday. They said ENG isnt a great civ in the game and stay away from them. Why is that? What do you guys think?

Easy to play, not very strong or weak, just really very middle tier in my opinion

England is actually pretty good IMO, they buffed longbows so they are actually useful late game, they get gold from their farms in age 4, faster farming when in the radius of their mills, and can build really cheap trebuchets through their one wonder

The English have the second lowest win rate at 1600+ elo

They have had very obvious weaknesses and issues since before the game was released, but those issues and weaknesses have been ignored as the devs try to fix game breaking bugs and the other civs.

They have also been nerfed directly and indirectly many times, so they have fallen to the bottom tier.

Your longbow will not hold the weight of my elephant, nor will your men cross the map I’ve walled off with footsoldiers while not impeding my villagers collecting resources before my speedyboi scholars snatch up relics and sacred sites.

Rush me fast or we’ll see you in the late game Engli.

they buffed longbows so they are actually useful late game

Do they still cost the same amount of wood in imperial?
Then they aren’t useful late game. Cost way too much of the resource that English players need most late game. And they’re only ok late game if you fully upgrade them, but you’'re not going to fully upgrade something that you can’t afford to keep building.

they get gold from their farms in age 4

Great bonus. Unfortunately they will need it, as their late game army is utterly generic, and their siege is the worst in the game.

faster farming when in the radius of their mills

The cheaper farms bonus is the good bonus, the mills bonus is almost irrelevant in practice.

and can build really cheap trebuchets through their one wonder

Nobody builds that landmark. You can get a discount in imperial on an obsolete unit that nobody builds because it’s a bad unit? Yeah, I’ll go with the castle instead.

True longbows are worthless against elephants. If you have elephants and I have longbows that not even a fight, it’s a massacre . Delhi I never do well as. I think because they take more practice

Their late game army is the same as everyone else’s, since most people build knights, mix in some pikes or crossbows

But other civs have bonuses for it or usefull unique units.
I also think that ENG is in the late game mid to low tier

Was asking around on the Steam users forums about England yesterday. They said ENG isnt a great civ in the game and stay away from them. Why is that? What do you guys think?

Since when are steam forums trustworthy?

England is completely fine. Straightforward to play. A ton of potential with good micro. Can easily bully your opponent and win the game in Age 2 and 3 if you are superiour at micro compared to your opponent just by killing units with Longbowmen.

Very strong Landmarks. Age 3 Landmark is straight up overpowered, you get a free TC just from rushing Age 3. Only few civs have comparable Landmarks like this. Age 4 you get infinite gold so you don’t rely on mapcontrol too much although given your playstyle you should always have atleast half of the map under control.

Age 3 Landmark is straight up overpowered, you get a free TC just from rushing Age 3.

English get a “free” TC and they still can’t ignore feudal aggression and race to imp or boom.
They’ll just lose that race. So much for the implied OP tempo of the Kings Palace.

England is strong in feudal but really weak in the midgame: 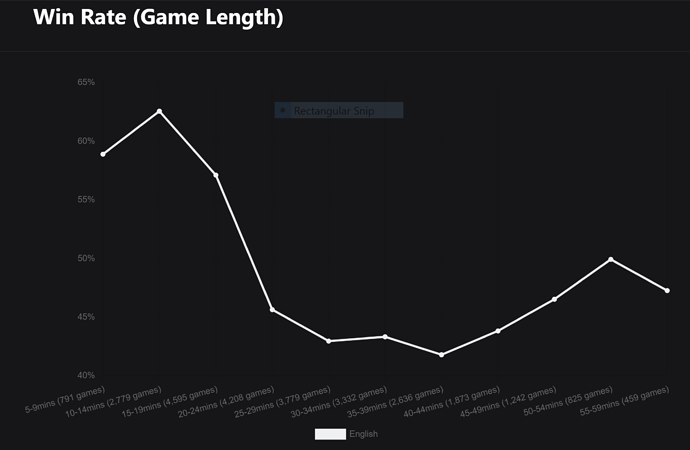 England is easy to learn without spending too much time playing. Other civs are more complicated and require more time to learn how to play and use their strengths.

Right you are. Even I could play English without any practice thanks to the straightforward nature of ram rushing with longbowmen.

Much unlike the other Civs which, intentionally or not, are more complex in what must be done to achieve the same level of early game lead as the English.

The English, having the worst late game, are then one of the hardest Civs to play. However, generally speaking, in this game, in team games, all Civs come down to the right combinaton of siege for the late game. In that sense, there is little difficulty in learning any Civ.

Much unlike the other Civs which, intentionally or not, are more complex

Given the fact that Delhi was broken for atleast a month many players decided to play other factions. And now that Delhi received some bugfixes they are coming back.

Delhi wasn’t broken on release so Delhi players did get a lot of practice in. And practice from other civs also translates of course.

Whats wrong with Delhi? I heard they are a tough civ to play as well

What England needs is an alternative Feudal Age Landmark that is economic or at least works better.

The devs completely broke Delhi and HRE spearmen in the last patch before Christmas. For about a month spearmen from these 2 factions were unable to brace and cancel Knight charge, while all other factions got the brace ability added to spearmen without even having to stand still.

Of course everyone was outraged. This game is being played for prize money of course. So pro players were abusing Knights against Delhi and HRE because the Spearmen could simply be killed by charging into them over and over.

This was fixed in the recent patch but still the devs managed to break 2 factions for an extended period of time.

Thats not all of it for Delhi of course. The faction has so so so many bugs. Just search around this forum and you will find people trying to best to collect all of them.

Chinese have had bugged Nest of Bees since stress test and so far the devs did balance changes but refuse to bugfix the unit. We have ranked beta going on but apparently making sure the units do what they are supposed to do is not a priority.

England is completely fine. Straightforward to play. A ton of potential with good micro. Can easily bully your opponent and win the game in Age 2 and 3 if you are superiour at micro compared to your opponent just by killing units with Longbowmen.

As expected from a Chinese main