DESCRIBE THE ISSUE IN DETAIL (below). LIMIT TO ONE BUG PER THREAD.
Hi, while playing either of the acts mentioned below, when I’m supposed to get the final cutscene, the graphic is messed up, pixeled:

How often does the issue occur?

What was SUPPOSED to happen if the bug you encountered were not present?
The cutscene was supposed to be shows and the contours should have been recognizable. 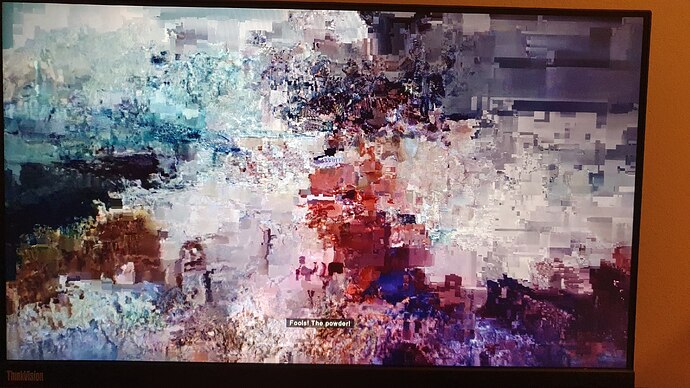