Streltsy : By far the most effective unit in the game

I have been playing multiple games and reached the conclusion that mass streltsy if the opponent doesnt use mangonel, organ guns or nest of bees it’s a GG it is extremely powerfull and efficient.

Even against french knights and anti melee and ranged units they destroy everything when they are massed.

I think it will be probably nerfed. I don’t know how they will implement janissaries and portuguese arquebus with the streltsy already this powerfull. Those mentionned should be by far the most powerfull handgun units of the medieval period. 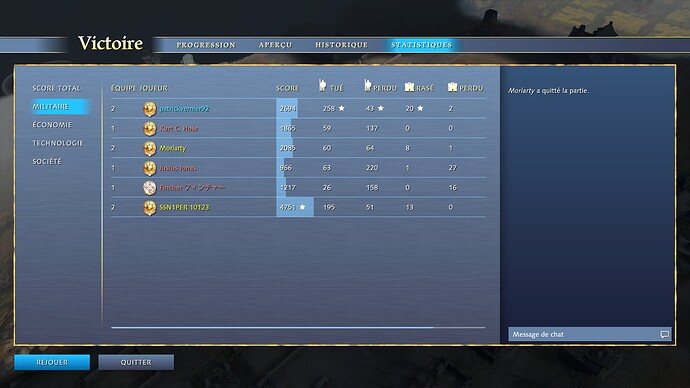 My pack of 50 streltsy destroyed a pack of royal knight with archers then chinese spears and archers it even destroyed english knights withs longbows.

I think they are cool but perhaps too efficient.

In my experience they are dealt with by equal number archers have you tested this?

Before them, you still need to develop, play the game 1n on 1n with the same French and British, good luck

seriously ? perhaps my opponents didn’t improved their archer or perhaps i was too ahead in my eco and techs.

They are very good but very late game also. Mass French knights can kill you before that.
And yeah mass archers kill them but than again you usually bring some cavalry with Strelci.

Easy. Portuguese can have slightly better shooting ability but poor melee unlike Strelci for example.
Janissaries can have higher natural shooting speed but lower one once Strelci static bonus maxes out etc.
Rest you can balance with cost.

Probably just playing against bad players, but most of the time. Once I’m imperial. It’s gg.
Streltsy’s are so g0d damn strong.

3/3 gunpowder upgrade streltsy’s can basically steamroll any army regardless of comp.
Add in 3-4 rams and 3-4 bombards and you won the game.
I can 1v4 with my end game army. I got like 500 kills in one game and only losing 50. while everyone else was 40-60 kills.

I think they need to be slightly weaker. Or maybe I need to play against players who can identify my fast castle > imperial rush and do a ram timing push on me. But I can just defend with m.arms and crossbows until I get my streltsy’s.

I think once people recognize how deadly Endgame rus are, they’ll adapt a fast castle timing push.
As long as you deny rus gold, they can’t mass streltsy/bombards.

If you see them, train a lot of mangonels and they will not come back xD

Streltsy’s still counter mangonels. Especially if you go springalds or have bombards.

Just press c, split your streltsy army into 2 or 3 groups, and slowly move them up to snipe the magonels.
But if you go springald/streltsy push, there is 0 counter. Springald/bombard counter mangonels, streltsy’s counter everything else.

And have a couple warrior monks in the back healing, and they basically took 0 damage.

Mangos are best counter. Having 3 mangos will kill a big group of Strelet. If you’re Chinese you have more options with Nest of Bees and Grenadiers. English longbows also shred Strelets. Massed Archer is also pretty cost effective against them. They only have 3 ranged armor. Strelet also have the same statline of any other HC. Their passive wont work if you force them to move and they’ll be identical to generic HC.