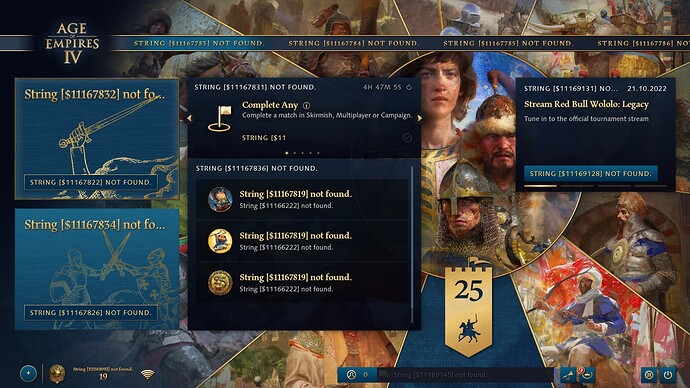 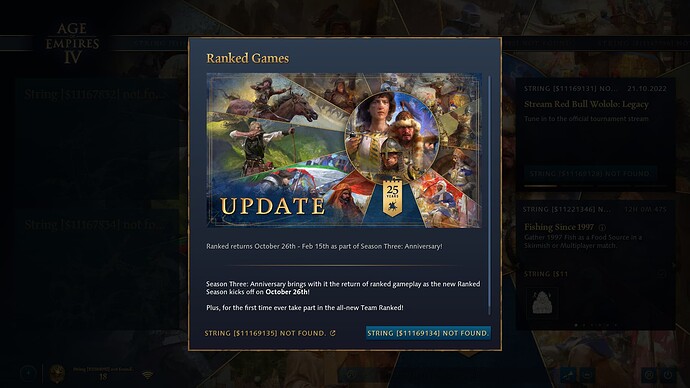 The same problem after reinstall.

I reinstalled the game and I have this: 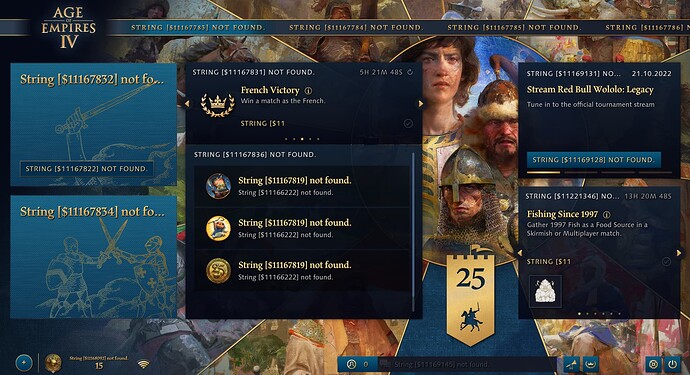 Got the same “string” issue after the new update. Sucks.

The same problem after reinstall the game.

I reinstalled the game once again and removed “Age of Empires IV” folder with cashe from “My games” in documents. Have no longer “String not found” but game is in English, not Polish. So Polish localisation was a lie?

No more problems here i found my string o and key

I tried to run the game in several different languages, Polish, English UK/US, German. Each time there is the same problem.

I play dutch 1. delete the game 2. restart pc 3. reinstalled it workt for me

I playing in Dutch as well, gonna try it one more time then…

This is amazing. I did nothing, just turned on PC and launched AoE4… String not found… Again game crashed, while i did nothing… Is this april fools joke or wtf? This Anniversary Update destroyed everything…

Did it. Still not working. Reinstalled, removed cashe, added 2nd language, String not found. Im done with this pathetic game.

Where are the devs? Are they working on a fix or what?

They posted in the thread 10 hours ago, asking for more info? In fact they tagged you?