Dynasties of India introduced the Palm Grass terrain, made entirely from existing assets – it’s literally Palm Trees on Grass 1. In a similar vein, here are some more suggestions for forest terrain types that reuse existing assets, but which I think would make some things easier for map scripters and scenario designers.

Non-Snowy Dead Forest: The current dead forest has snowy ground (as well as snowy bushes mixed in) so isn’t really usable on non-snowy maps. I’m imagining something more like this: 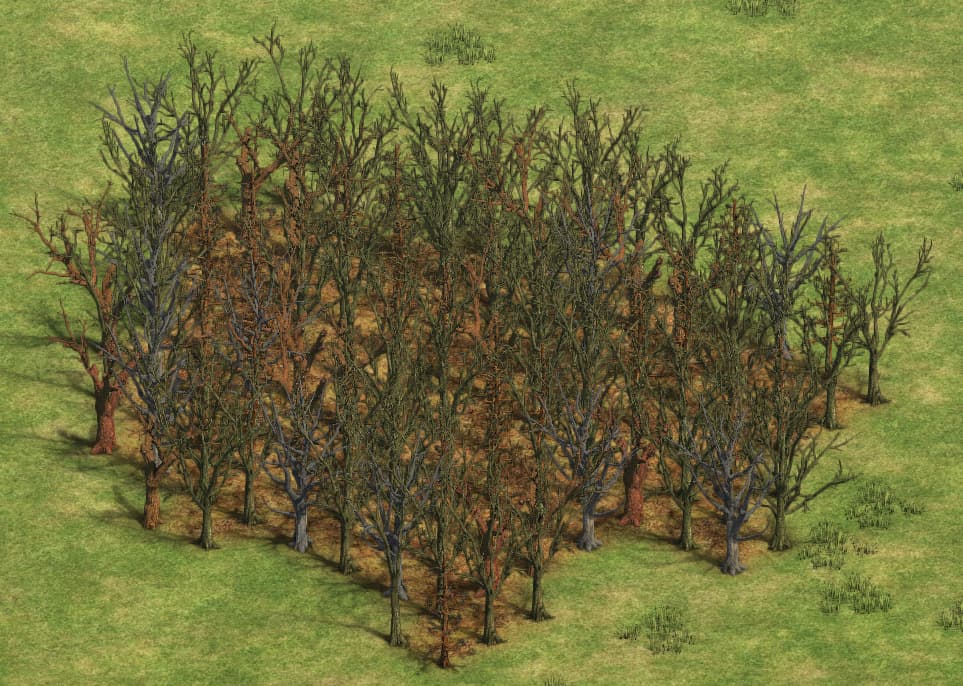 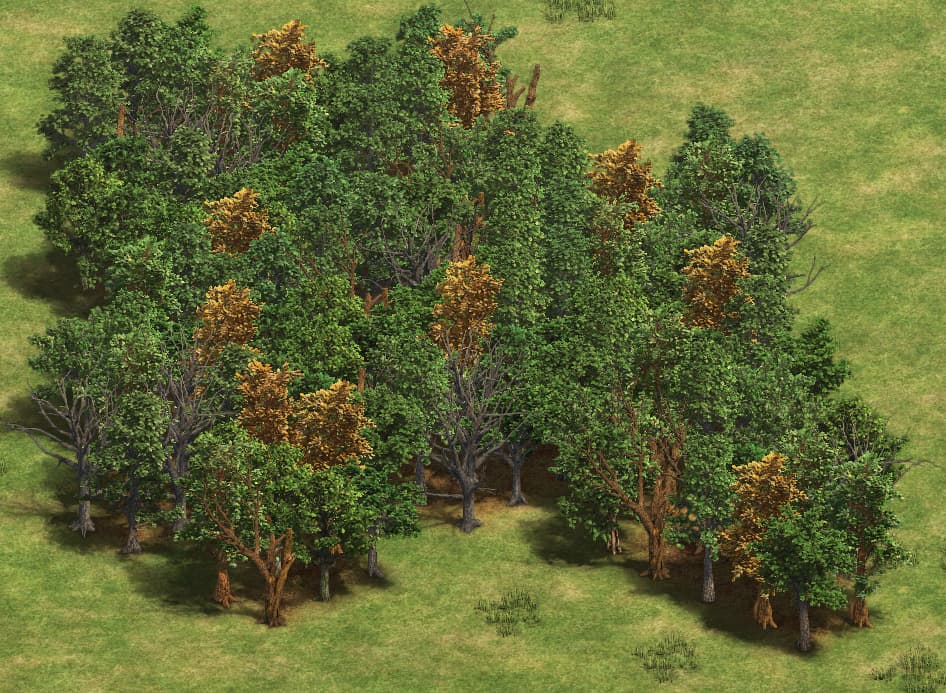 Alpha-Forest946×693 149 KB
The scenario trees started life as the default Oak trees in alpha versions of AoK, so this style of forest appeared in some of those: 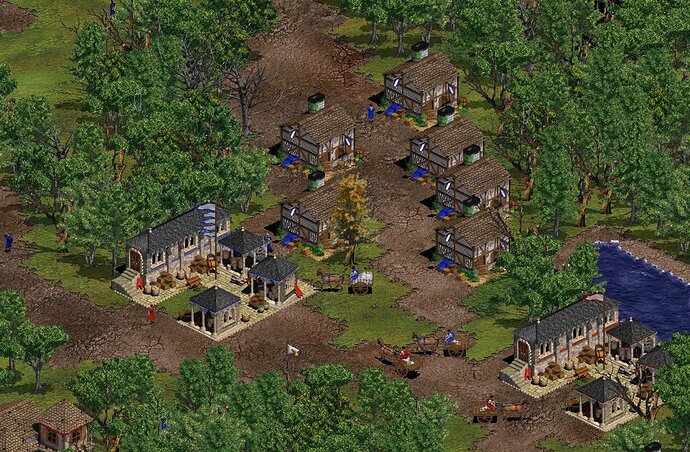 Summer Oak Forest: Made entirely from green, leafy trees, e.g. these ones: 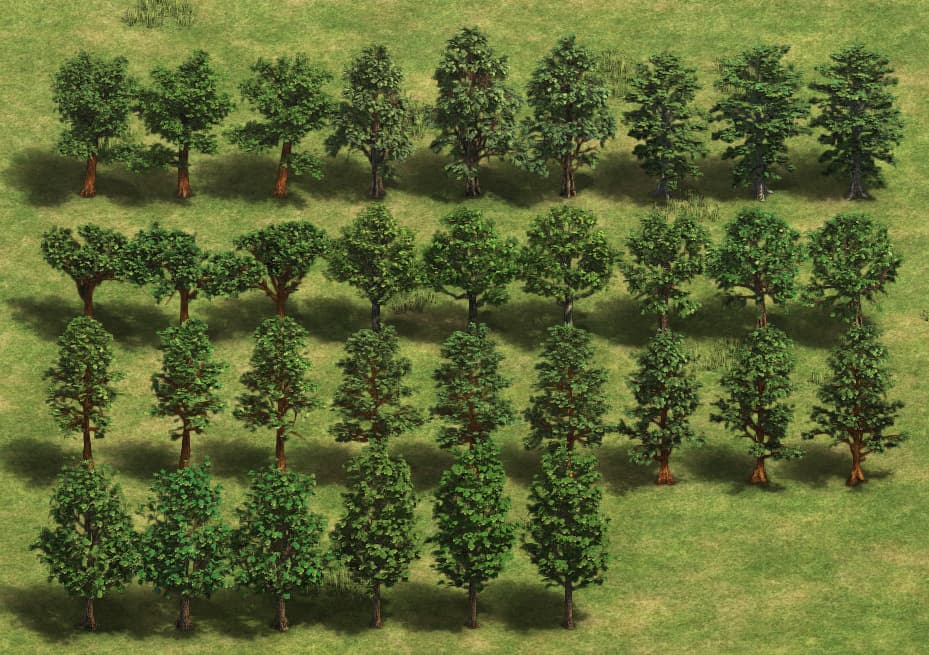 Lighter, Taller Italian Pines: These appear on some prerelease screenshots for DE, so the assets obviously exist. Here’s an example (from the DE screenshots on Steam): 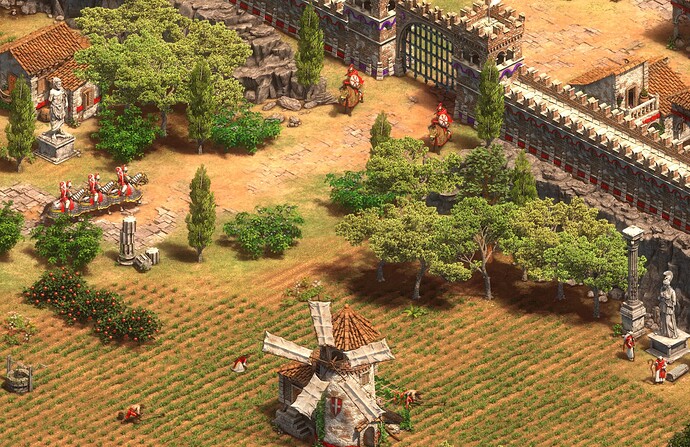 This is a great idea.

Could go beyond that, and also include a variant that doesn’t have a terrain under it, so it places trees over whatever you already have, so theoretically, if you wanted you could put birch trees in the desert or something.

Good idea, like an extra layering mode for forests. (Come to think of it, I can’t remember what layering mode actually does with forests… but not that.)

Of course, you can almost achieve something similar by placing trees individually as gaia objects, but it doesn’t show up as forest terrain on the minimap, which in my eyes is a fairly major problem.

(Come to think of it, I can’t remember what layering mode actually does with forests… but not that.)

It just uses the tree base terrain as the layer, so usually leaves on the ground.