I posted this idea in the AoE2 forums, but wanted to pitch the idea for AoE4. It might be more feasible for AoE4. I’ve added some things to the idea here…

I remember a board game called, Stratego. I liked that you could place bomb tiles where your enemy had no clue where they were. It was fun to randomly place those ‘traps’, so to speak. There was tension from not knowing where your enemy placed theirs. Other board games and video games (Spy vs. Spy) have had ‘traps’. Personally, I find they’ve almost always added to the game rather than detracted.

I’d prefer every civ be able to make traps, rather than just a few or 50% of them. I think about Stratego and Spy vs. Spy where this was possible, and it was fun that both players got to place traps.

In my opinion, it’d add an interesting and enjoyable gameplay element. Randmoness and unpredictability isn’t always bad in games, imo.

Maybe in later ages, you can plant a few more traps (different kinds or sizes)… and/or you can upgrade earlier traps to be bigger. But I’d also be okay if they only existed in the Dark Age.

If you build a trap, I feel your own units should walk freely over them. I don’t have any ‘real world’ justification for why this should happen, but it just makes gameplay sense to me. Otherwise, would be lame for an enemy to just watch your units walk around a 3x3 piece of land for not reason – thus identifying a trap location.

Thoughts? Variations on/fine-tuning of idea? Maybe just one or two traps max allowed? Make them slightly visible, if so, how visible? Etc. Is it workable?

I’m not looking for it to change the tides of war 100% of the time, or to be a massively overpowered defensive strat. I’m looking for a small percent of success so laming or early attacks can still happen, but with a bit more risk added for doing so. And also adding a bit of fun and hope for those who get lamed or attacked early on and hate it when players do that. It would give those players some hope and fun, if their traps succceed.

These are some nice ideas but it feels a lot like Stronghold games and I would like to differentiate between them as they are two completely different games.

Fair enough. I’ve never played or seen Stronghold, but if you fear that it deviates too much from AoE, I understand. I’m that way when people say they want Total War-like formations, and camera close-ups. I want AoE, not Total War.

I think traps could be done mildly and retain the AoE identity, but would be hard to explain or convince without a lot of work and visuals or tests.

Who knows, if I saw it in action, I might disband the idea, too

Not directly traps but the most common defences in the Middle Ages where not walls but thing like ditches.

Can be constructed by Infantry or Villagers. Doesn’t cost resources (Or very cheap) but construction time.
They are not symmetrical. The side facing the enemy gives cover to ranged units while the side facing your base has the opposite effect giving the defender an attack bonus.
Slows down movement.

Water filled Ditch. More expensive and can not be used as cover.
Slows down movement a lot.

Earth wall with thorny bushes on top. Build relatively quickly but has to grow over time.
Slows down enemy, especially cavalry and causes some damage.

Those defences don’t stop can give you advantages at defending, slow down enemy raids but are not capable of stopping a bigger attack.
They can all be build and destroyed by Infantry.
If you expect an attack you can let your infantry dig ditches infront of your walls until their arrive.

Cool ideas. I thought of moats before, but maybe more in an ‘automatically there’ sense rather than manually building them. Could be interesting to have to build them

Would be nice to see more info on AoE4 so we can provide intelligent input based on how the game looks and works. Without context, who knows if traps, moats, ditches, or thorn bushes, etc are good ideas or bad ones. The game may be so heavily involved that the thought of doing these things may simply be too much or overkill

In the same vein as ‘traps,’ I think it would be cool if you could plant explosives in one of your military buildings (after researching gunpowder tech), and it would have a devastating blast to nearby enemy forces if they destroy it. Almost like a mine that the enemy doesn’t know about (like how Stratego has mines). Maybe research it at your castle structure, and when it’s done, you click the building you want to make explosive. Can only do once per match. 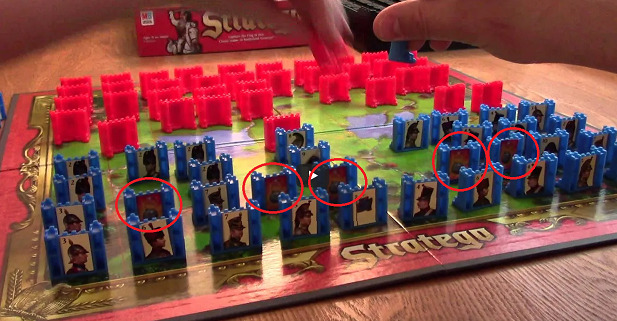