Teutons change: Crusader Knight upgrade replaces cavalier - remove paladin plus other changes and some for a few different civs 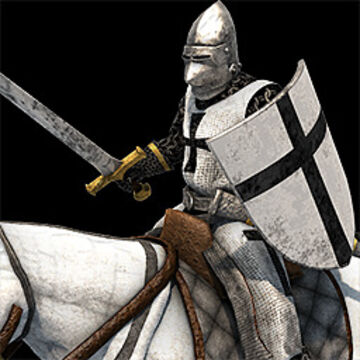 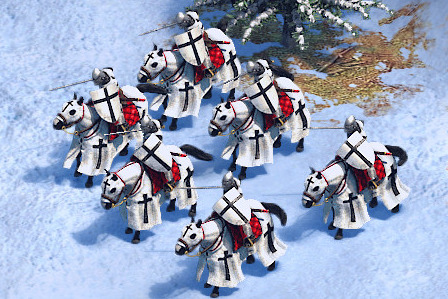 Special ability: unable to be converted

The main features of the Teutons are their infantry, siege and defensive structure/boom potential- their cavalry can be powerful, but should not be their main feature - replacing the cavalier upgrade with crusader knight and removing paladin gives them a clear spike over the cavalier upgrade while not being so powerful as a paladin - that alongside with the addition of the scout light cavalry upgrade and the removal of the stable side of the bonus helps to keep the civ balanced while refocusing the bonus fully towards their infantry.

Side-change:
Lithuanians :
unique tech adds +3 range and +2 attack to town centers to increase its viability as well as to differentiate it from the Teuton’s bonus.

Incas:
Fabric shields mixed with their old tech
Effect:
+1/2 armor on kamayuks, slingers, eagles and increases eagle speed by x%(to that of a knight with husbandry after squires )

Andean Sling : switched out for a tech that increases villager and house armor by 2/2

I’m thinking this for sicilians atm:

replaced with a donjon tech for +attack/more arrows/garrison space, and/or allows serjeants to repair siege

This gives them an early (or late) unit to help vs melee types and to help vs trash if needed while giving a nod to history of them having the Teutonic Order garrisoned with them at some point.
As well as a fun crusader unit of their own for their ‘second crusade’.

However it may be more accurate to replace hauberk with ‘third crusade’ and spawn elite teutonic knights while keeping ‘first crusade’ the same as it is now.

Petards doing x2 damage vs foundations in general would be a fun change as well as giving them a ‘faster moving’ elite upgrade perhaps which would increase their danger rating vs siege and unbuilt buildings as well as help in reaching fully built/defended castles.
(For all civs)

What happens when you upgrade to paladin?

No. There are lots of cool units in the scenario editor, that does not necessarily mean they have any place in competitive place.

These units could be used in triggers in scenarios. A simple reskin mod would suffice. Teuton paladins are already some of the best paladins in the game. Their only weakness is that they lack husbandry.

In but in melee combat. Teutonic paladins are some of the best in the game. 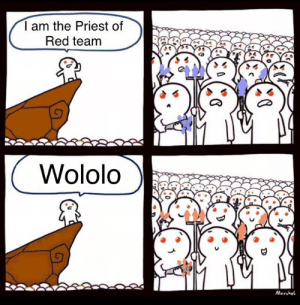 Apart from the fact that I’m pretty sure this isn’t your first thread posting these proposed changes, it’s a hard no basically for all of them.

Teutons are a balanced civ for open maps while being very strong on arena. Your changes would make them stronger on arena (except in some matchups where they need to go palas) and way worse on arabia.

Additional civ bonus: increases town center range by 3 in castle age. (Beings Teutons back to their roots in a balanced way)

I’m pretty sure the other times you proposed this, users told you it’s not balanced. You are making them immune to mangonel push. And no, don’t come up with “but you can use rams” like the last time you posted this: if someones is walled all he needs to keep rams out is one single mangonel

Lithuanians :
unique tech adds +3 range and +2 attack to town centers to increase its viability as well as to differentiate it from the Teuton’s bonus.

Incas:
Fabric shields mixed with their old tech
Effect:
+1/2 armor on kamayuks, slingers, eagles and increases eagle speed by x%(to that of a knight with husbandry after squires )

The tech is fine as it is, we don’t need extra tanky AND speedy eagles

Have you ever tried massing knights/massing units together to destroy tcs beyond cheaply using a small force alongside a mangonel or two?

Rams x archers?
Mass long swords?
I’m pretty sure there are many options beyond a mangonel push.

With such high range tc no one would let you do that. All you need to is to have some walls.

For that you have to:

There’s a reason in castle you push with mangonels AND units. Your change makes the tc unpushable

I’m pretty sure there are many options beyond a mangonel push.

There’s a reason those options are not meta. Ask around, ask pros if you want: no one will tell you that extra range on tca for free is balanced, especially not on a strong boom civ like teutons

But… they don’t have this “theme”. That’s something people came up with because the teutonic looks cool, and exclusively because of that.
I’d rather have teutons representing germans and not a meme crusader civ.

The Crusader Knight wears mostly plain, white robes and shield typical of crusading orders, with the black cross used historically by the Teutonic Knights and is visually similar to Ulrich von Jungingen but with a Visored bascinet

Judging by that, their origin is pretty much german or at the very least based from the Teutonic Knight order.

You are ignoring the fact that literally the counter doesn’t even cost half of your proposed push when it comes to your proposed tc change.
Your propose doesn’t make any sense and should never be implemented because it’s overpowered

The goal of that change is to return the Teuton’s original bonus to them in a balanced format.

In your opinion, do you believe that the Lithuanian’s+ tc range is over-powered or under-powered?

In your opinion, do you believe that the Lithuanian’s+ tc range is over-powered or under-powered?

You can’t compare a bonus that comes for free with something that needs a castle AND a tech. The Liths tech is fine because no one will build a castle just to tech it because building a castle in early castle age three is just a waste of resources

Teutons’ old bonus making a return to the civ in a balanced format and at the right age will be a good addition returning to where it belongs. Where, exactly, do you think it’ll be balanced? The middle ground I’m adding to the discussion is after the building of a castle and aging up to castle age.

@RadiatingBlade edit: Stay on topic and do not discuss moderator actions per the code of conduct.

The yeutons are based on the Germans with a nod Here and there to the crusader order. They do not represent the teuronic order only though and your changes are bad in so many ways

Just because you main Teutons doesn’t mean you have to break them for everyone else. We should be focusing more on nerfing the top civs, and buffing the bottom ones. Teutons fit into neither group and should be left alone. I also think that the Crusader Knight could just become an eventual regional style skin for Teutons and possibly some other civs, as well as a scenario editor unit.

Where, exactly, do you think it’ll be balanced

Nowhere. Leave the civ alone, it’s fine as it is

@RadiatingBlade Be respectful towards other forum users per the code of conduct.

This will not make them worse on arabia - it will balance them out on arabia and in some ways better overall while removing both the stable defense bonus and paladin while improving/rounding-out their scouts followed by the improved power over cavalier via the crusader knight while reducing their overall knight-line potential by reducing their end-game powerspike paladin+2 armor as well as their castle age knight+1 armor.

On the other hand trading out their castle age offense for defense like they were originally meant to from dark age but introduced instead and balanced in castle age.