note - this issue was occuring from launch, but I have listed my current version as of reporting.

I’ve encountered a bug while porting my maps over to DE.

The issue is that some textures appear as brown or grey solid colors.
I was able to fix some of the textures by painting them under specific cliffs.

This is best seen in the North America map, where I have implemented the fix on a few of the textures by painting them under the southern end of the Appalachias - they should be noticeable there.

Sadly, the fix can only be used for some textures; painting too many this way will result in some of them returning to their solid colour, for whatever reason.

The texture should appear properly if it is painted under certain cliff blocks (some will not fix the textures). Other textures may return to the solid color when a new texture is painted in the ‘fixing’ area. If this does not occur immediately, it will eventually when enough textures have been painted.

Note - this issue also occurred in the Europe map; broken textures are in the north and the cliff that fixed them was in Armenia.

On the right are the cliffs where I was able to fix some of the textures (note that one of them broke while fixing others, which can be seen under the cliff).

On the left one of the broken textures can be seen bordering the Great Plains and Texas. 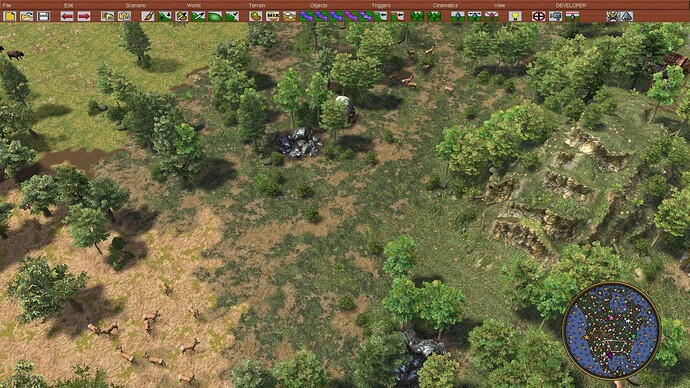 I was unable to upload the scenario file, so I have linked an uploaded mod.