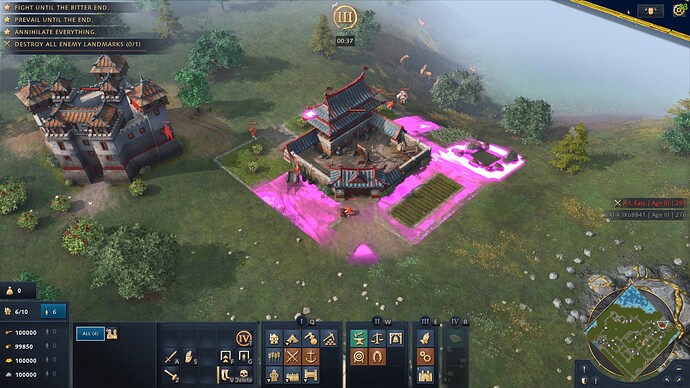 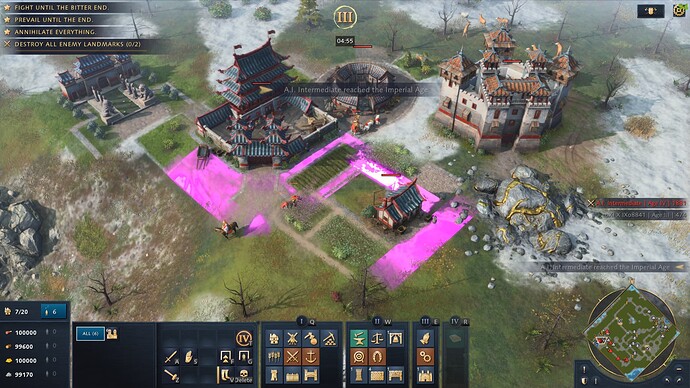 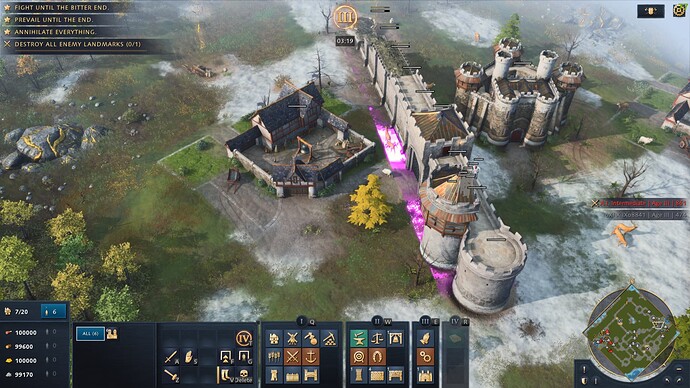 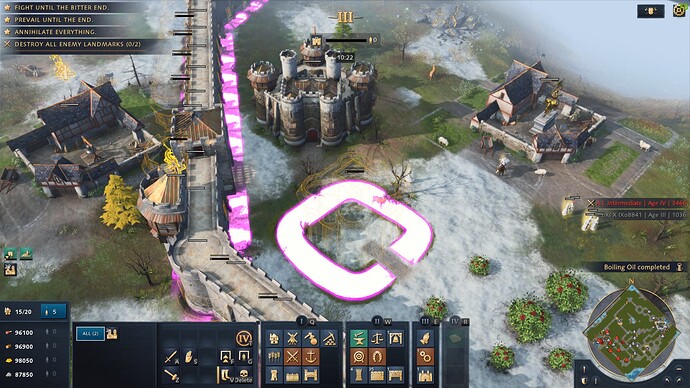 I was doing some modding last night adding some features to my tuning pack and did not experience any bugs like this before but now my game is bugging out mainly on the Chinese civ when they are in Castle Age (See pic above). This affects all of the Chinese buildings and was even bugging out stone walls with the same pink texture for other civs and wall towers where showing up as a red box instead of the actual tower. I tried reverting my mod back to its known working state, no change, tried disabling other mods i have installed from other users, no change. Tried reinstalling the entire game (after trying the Verify and Repair files option), no change. This is on the Xbox Game Pass PC Edition. If any other info is needed please feel free to ask and I thank anyone in advance for their help!

Side note: (not sure if this would have anything to do with it but…) Last thing I had been messing with before the textures went all wonky on me were:

#1) yesterday (05/10/2022) I added stone walls and wall towers to the Rus Civ to be used in Imperial Age, no issues and worked fine after completing this and was tested with no glitches.

After #2 and experienced the bug I deleted the mod with the above mentioned modifications and copied my original mod without rus stone walls or the siege on walls modifications mentioned above, deleted the modfied version from the local folder and tried rebuilding the original mod but still got the pink textures. I also just checked and it is doing this on my laptop as well and I never loaded the mod with the siege adjustment on there at all

this is very disappointing and discouraging as I do not want to upload any further updates to my Tuning Pack until this is figured out!

Well then just in case anyone else stumbles across this texture issue I seem to have figured it out! Not exactly sure what I removed that worked but in desperation I deleted everything in my AOE folder in the Documents>My Games>Age Of Empires IV folder including the folder itself and then relaunched the game without rebuilding any mods and voila! No more pink textures

Warning if you do need to do this, it will reset your game settings and the game will appear to freeze when loading as it will launch the game in the Introduction mode again (as if it were the first time launching again) You will NOT lose your masteries or achievements by doing this!

Posting again here because my proposed but not marked solution above seems to be a temporary one at that so I am back at it again trying to figure out what is causing this. If anyone using my Tuning Pack is experiencing these same texture issues please do not hesitate to let me know, if it is indeed my Tuning Pack your feedback could be vital! Thanks for any and all assistance in advance!

(My mod is the following tuning pack: Resource Tune + Dark Age Monks And No Relic Converting For All CIV’s)

So it turns out the root cause that my texture issues had something to do with the Advanced Game Settings (Game Mode) mod’s most recent update on the 10th. I am not exactly sure what it is that is conflicting or causing the texture bug but unsubscribing and removing it from my list was my solution sadly. If I can pinpoint the exact reason I will be sure to update here if possible as I really enjoy using that Game Mode mod as well and would like to help anyone else who has this issue!

The root cause actually isn’t Advanced Game Settings… It’s a problem that seems to specifically originate with the Chinese, and starting the game in age 3 or 4. In troubleshooting for our own mod that we are working on, it appears to have to do with the fact that Chinese actually has two forms of Ages, and the stone texture underlay can get glitched from it switching rapidly just after game start from the dark-age underlay to the castle-age underlay.

For what it is worth, I verified it is not specifically related to Advanced Game Settings because even without the mod enabled or even installed, the texture issue can show up.

Also, it seems to be something in how that specific texture is rendered in that specific scenario, because in my experimenting I found that sometimes once the texture got corrupted for the Chinese, that some of the other civilizations (IE French) would experience the same texture becoming “missing” under their walls - but that is just helping to narrow down the exact, and surprisingly unique, combination of settings that cause this error to occur.

honestly I don’t know what to tell ya because I never experienced this issue until the day before I posted this, which happened to be the same day the creator of AGS did an update on their mod! I still have yet to experience this pink texture issue since removing their mod even when starting in Castle Age and I was trying to figure out the cause for almost 24h!

My thoughts are that there was something in both my own mod and theirs conflicting because the only time it went back to normal was after I unsubbed and deleted the local files for AGS and I even tried deleting my own mod to make sure it wasn’t the reason before I got hasty! After I removed AGS my pink texture bug has been fully resolved and have yet to experience it again. If it had anything to do with what you mentioned I am sure I would have ran into it multiple times before and after my declared fix as I play Chinese pretty well anytime I am not testing my own mod or doing masteries. Not trying to blame AGS for my issues but merely stating that there may be a file conflict and the bug is the result of such! Thanks for your feedback though it is appreciated