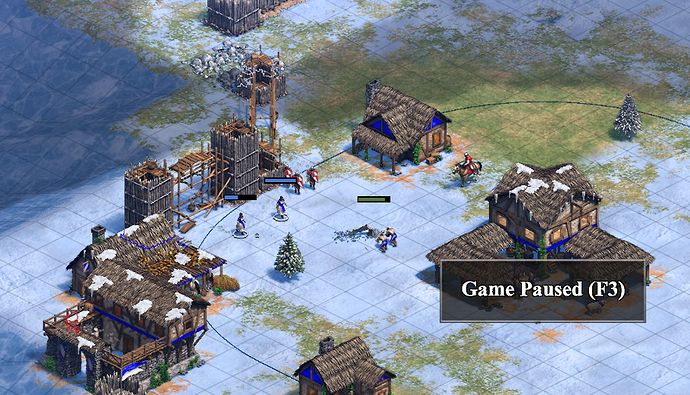 So the MAA ran to the left of the first gate and I SPECIFICALLY had one of the villagers build that diagonal gate to the stone and I would be fully walled.
HOWEVER
She decided to NOT build that gate and instead help the other villager build the one that was already 80%.

2 posts were merged into an existing topic: Bug: Building walls+gates