The community is raising faster than ever - but we need more improvement!

My team is cooperating with Sparta AOE (EGO Media) (a huge AOE association in Vietnam) to raise the AOE: DE community, more and more players are coming to this game, AVG players raised 28% and 22% in the last two months, Steam rating changed from “mixed” to “very positive”, that’s a good sign, but it doesn’t blur those issues that the game remains.

AOE: DE can get at least 100k+ players within months - this is my promise to you (the community here in Vietnam is huge, there were 120 000 viewers watching the match between CSN and Shenlong live), Microsoft and developer team, if you can make the client game better, for playing and for casting.

My goal is to make AOE: DE becomes a major e-sport game, so the first thing we need is to show people (who’s currently stuck with AOE 1) how great this game is but it’s quite impossible since the game does not provide a proper spectating feature, spectators taking player’s slots makes it’s impossible to cast 4vs4 matches/leagues. Mainstream AOE 1 viwers love watching player’s perpective and we do not have this option , the only way to do is to re-stream from player’s computer thus the game looks worse, we cannot see any in-game information about player’s current economy or technology, this lack of information results the viewers harder to understand what’s going on.

So this is what we’re asking you dev team to fix/add:

Start working on this and you will see the potential, we need the cooperation between the community and developers, our team alone can’t do that much.
Thank you !

Are dev still reading this forum ? We need you guys we love this game and huge VN community is waiting those fixes to rejoin DE. So fix FPS, Spec mod and ELO asap.
A new lobby would be great because we are on discord most of the time…

E: DE community, more and more players are coming to this game, AVG players raised 28% and 22% in the last two months, Steam rating changed from “mixed” to “very positive”, that’s a good sign, but it doesn’t blur those issues that the game remains.

AOE: DE can get at least 100k+ players within months - this is my promise to you (the community here in Vietnam is huge, there were 120 000 viewers watching the match between CSN and Shenlong live), Microsoft and developer team, if you can make the client game better, for playing and

Yes, they read the forum every day.

23k viewers for a DE match 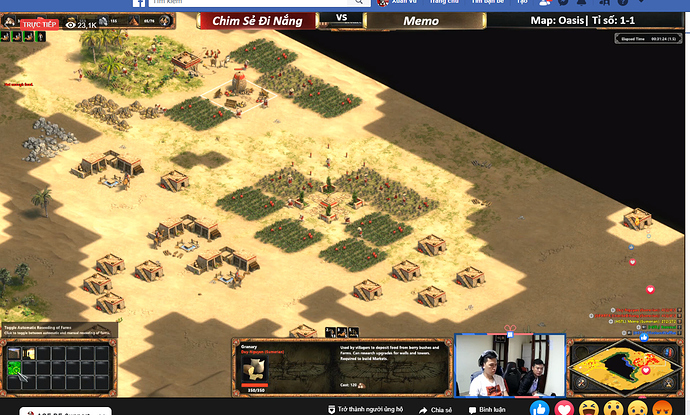 Do you guys have an youtube channel? I’ve been looking for good AoE1 DE channels to watch, but no luck so far.
Also I’d love to see more improvements to AoE1, they rly should add some quality of life changes like the ones we have in AoE2 DE (like a shift click that actually works, in AoE2 I can task the villager to build a house and then go back to work, but I can’t do that in AoE1)
I’d also rly love more changes to make the pathing and hitboxes not dumb, sometimes I’m able to put 11 villagers to collect from a single deer, and then another time 5 villagers can’t all collect from the same deer because the 5th one just refuses to collect. I rly love all the care they put in AoE1 so far to make the game feel like the original, but they rly didn’t need to replicate the bugs as well lol

Youtube (for AOE 1):
https://www.youtube.com/channel/UCMey6R9EcjMmYjHdHtVK1tg
or you can check several casters at twitch.

Thanks! Gonna give it a look later

Thank you much for your support of the game! I watched part of the last open tournament, and it was fascinating. I think AoE makes an excellent e-sport game. I really hope the developers take note, and address your suggestions.

Enough of “only aoe 2 DE” thing!! A game only attracts several thousands live viewers in each grand final doesnt deserve it! It is a insult to the huge community of AOE 1!
At least give us bug fixes! No more fps drops in 4v4 late game please!

Microsoft guys, all we need at moment to grow is:

Just listen a little to us, the fans and players.

We need more than just spectating improvements. Give the towers some love… enable garrison of buildings, gates, more races, more structures, forts that are bigger than towers. The game was fun back in the day but the old limitations still hold this back from being a great game. I’ve played definitive edition a bit since release but only because it was bundled with AOE II… it could be worth playing more often if it was given some creative attention

I know AOE:DE need a lot of fixings, but first we’re just asking for those updates and bugs fix for AOE 1 players to switch in.

The updates the OP mentions are good but I think the game is a little behind the times still even with the updated graphics. They have to update both content and usability.

Also I’m surprised the OP didn’t mention improvements to ranked games/matchmaking because that is a major issue preventing masses of players from flocking to the game. Auto match making does nothing… totally broken. That’s going to turn away most players from online play

I didnt mention that becase the lack of people playing this game right now, when we have a decent amount of CCU then we will yearn for better ranking system.
Spend time making a decent ranking system seems meaningless right now since we cannot find match if there’re like 20 ppl online.

I find matches 1vs1 relatively quickly… and they’ve been ranked. Matchmaking is the ideal solution though as it encourages people to play with the same settings and use the system.

Fixing the endless bugs on Multiplayer (documented hundreds of times on this forum) would be a great start. If Dev really does look at this forum they must be ignoring all the bugs.

we break the record, guys, and the number is increasing!!! 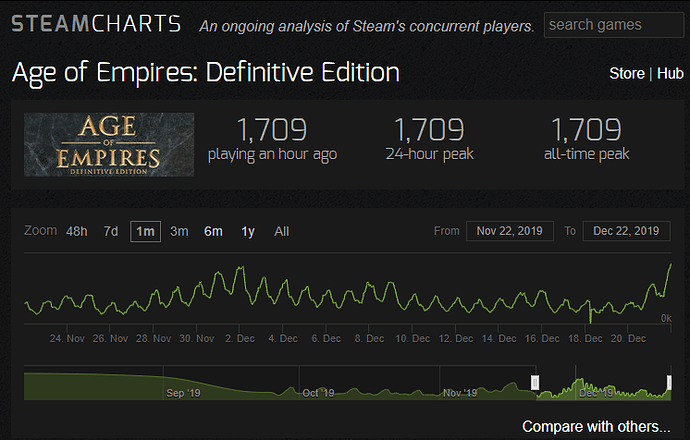