Hello AOE II players. I saw many post about new civs and first may I ask before coming to the topic : What is the limit of 48 civs that I see on this forum ( I am new here despite owning the game since two years and have the HD version since 2013 and the original in 2001) ?
To now pass on the topic , I want to brought to the table civs which are not cited on any post for new civs for new subjects (are maybe for the devs). I propose with the name a short history and a unit proposal. These civilisation are Eastern /Central and Caucasian European with a bit of Africa.

The italians in the game are inspired by the Italians cities and states that descent from the lombards, so I think that it would be really redundant to add them.

Its nice to see someone pick civilizations from the earlier medieval era but all of those are already covered by huns goths and cumans.

But yeah I hope we get more early medieval content.

Well areas they use to cover are already taken by others so they dont really add anything new gameplay vise.

Vandals could be quite unique as a siege and naval civ, and the Alans could be put with Sogdian in a scythian umbrella as a defensive cav archer civ with trade bonuses

You didn’t answer about the 48 civs limit ^^

For my point of view Alans had their influence more than Sogdians which disapeared in the IXth or being absorbed by Persians . For me Sogdiana is more northern Persia than a separate. Also it isn’t Scythians which would named but Sakas as it is more general rather than Scythians (and Samartians) . Alans are still around and could be a nice Cavalry civs as they invented the cataphract.

I agree for the Lombards but I think Italian has an umbrella. and Lombards could represent southern Italy pre normandy

Avarians and Pecheneg are not the same as Coumans and Huns… In that case rename the Hunsand the Turks.

For the Vandals , it is clear it is a naval civilisation but with different bonuses and architecture from the Vikings due to a different situation and also history. For me Onager ship would be fun.
**I add aslo the Nubians ( Alodia , Makuria and Nobatia) (Vth -XVth) **

48 is the available slots for civilizations.it was the same from the vanilla game to DE.

You didn’t answer about the 48 civs limit ^^

Somewhere I read that it was a 50 civ limit, then another time I heard that is was 40… nobody really knows the exact limit, but we know that it’s there.

Anyway, my guess is that we will get at best just one more civ, and that’s it.

I agree for the Lombards but I think Italian has an umbrella. and Lombards could represent southern Italy pre normandy

If there have to be a civ to be added from the peninsula, I would instead go for the venetians. It was the only truly indipendent state after having broken out of the byzantine empire. It had internal prestige and was culturally different from other Italians states, descending neither from the longobards (like the Italians) nor from the vikings/franks (like the sicilians) but descending directly from the romans and with greek and slavic influences.

Somewhere I read that it was a 50 civ limit, then another time I heard that is was 40… nobody really knows the exact limit, but we know that it’s there.

This is the limit as of now. 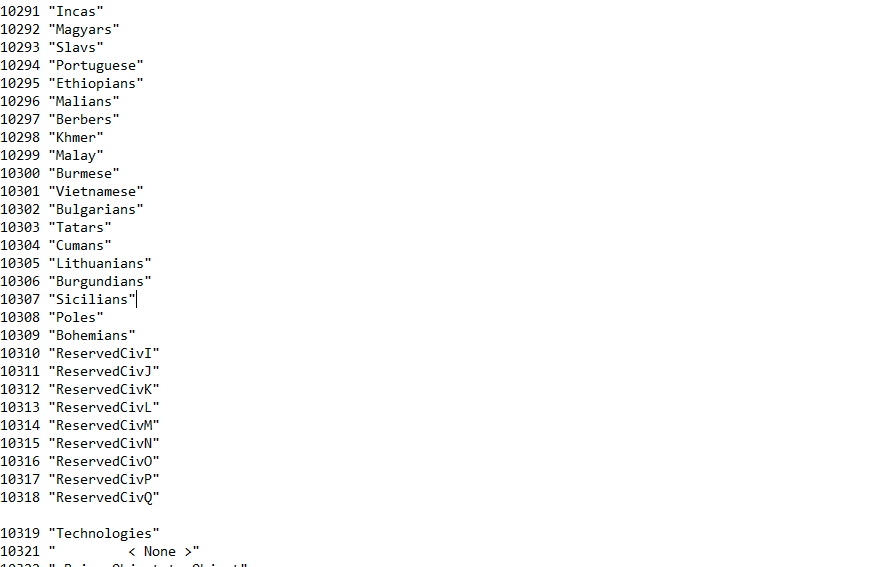 So 48 just like the old version of the game.

I really really hope we dont go back to Europe then. If anything if the hardcoded civ limit is still around then honestly the last 2 DLCs feel even more like a waste

All DE civilizations are a waste.

Tbh I think theres some well designed civs (Bulgarians, Tatars and Burgundians minus Flemish Rev are pretty damn great and Bohemians, Poles and Liths are okay) and I think having either Liths and Poles was necessary but yes, they are