The playing field isn’t even. Bloodlines is an additive increase whereas the Franks is a multiplicative increase, which makes the bonus questionable at times.

The only other case is the Viking Infantry HP boost and El Dorado, but that’s fine since Vikings don’t have Eagles and El Dorado affects only Eagles.

I was thinking them of giving them +10 HP per age starting in Feudal Age. Let’s visualise the changes first.

In Feudal Age, their scout Cavalry gets +1 HP. Their Knight in Castle Age is completely unaffected. It will be what is was previously and what other Civilizations with Bloodlines have. Their Paladins get -2 HP.

The big changes are Frank Knights having 130 HP in Imperial age and their Cavaliers having 150 HP (which is +6 than present). 144 HP Cavaliers vs 140 HP Cavaliers seem mediocre to me and it just meant tanking 1 or 2 Archer shots.

The biggest change will be to the Light Cavalry line and Cavalry Archer line. In Castle Age, it is essentially free Bloodlines so not much to talk about the stats. Cavalry Archers are a quircky unit to begin with and they do not have a future in Imperial Age for the Franks.

The Light Cavalry in Imperial Age looks as if they got Hussar at the present settings, that is 90 HP.

Franks don’t really need any buffs though. if anything they arguably need nerfs.

I would suggest making 20% to 25% you would get much better hp numbers for your cavalry. Knight line would be 125; 150 and 200 HP paladin - for knight line it would mean its always better than bloodlines even for knights. Light cavalry would have 75hp instead that weird 72.

can you explain why you think Franks need a buff?

I guess it might be that some other civilizations Paladins are getting better thank franks. Teuton paladins have more armor, Lith paladins can have more attack and having only 12 hp more than others might not be enough, but thats just my guess why he made that proposal.

Teuton paladins have more armor, Lith paladins can have more attack and having only 12 hp more than others might not be enough, but thats just my guess why he made that proposal.

Franks also get chivalry allowing them to pump out there cavalry faster, a better eco then the other two, and

Arabia: data and statistics, including civ win rates and play rates, for the map Arabia and ladder 1v1 Random Map across all Elo.


54.62% winrate overall highest of any civ.
combine that with KotD3

King of the Desert 3 - Brackets

Navigation & Information King of the Desert 3 Official Brackets & Statistics This spreadsheet will help you keep track of the tournament progress, while also providing heaps of interesting data about the games, players and civilisations. Use the...

Franks also get chivalry allowing them to pump out there cavalry faster, a better eco then the other two, and

Franks for most the games’s history had the best knight cavalry in the game. They always had bad scouts and horse archers, and that’s fine. Franks are good from the very beginning. All the way up to their tanky Paladins in the late game.

arguable. they get an earlier start due to faster berry collection, and starting with instant upgraded farms. it falls off later though.

I guess it might be that some other civilizations Paladins are getting better thank franks.

No not that. Franks undoubtedly have the best Paladins factoring all situations. This is a slight buff to their Early Imperial Age and trash wars.

considering they are stellar in the feudal and castle and early imp, that’s okay. civs don’t need to be strong all the time.

I have another idea though.

Bonus changed to: +10 HP starting in Feudal Age.
Tech tree: Add bloodlines. They now have to pay for their HP boost.

why? what’s the problem with franks that you’re trying to solve?
are they getting trounced by Vietnamese?

I would even argue that a %-HP-bonus is way better than a flat bonus, since it balances itself that way. Flat bonus would tend to be too strong in ealier ages and/or to weak in later ages.

And as others said: Franks are an incredibly strong civ basically throughout the game until gold runs out. I still like them, because they don’t feel oppressively strong. So I think buffing weaker civs is better than nerfing them. But if you want to change them in some way it definitely has to be a nerf.

also if you think franks need a buff because other civs received strong paladins, then you will powercreep the game

better nerf lithu and teuton palas, than to buff frank palas even more

Stop with this, both are fine with paladins as they are.
Why not just accept that all of three paladins have their sues and niches… instead of overrating the Frankish one?? 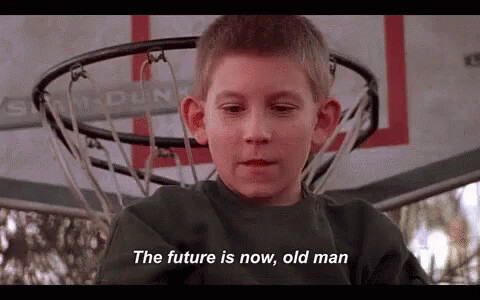 Franks have the highest win rate in the game man, they don’t need any more buffs, actually they need nerf in their eco bonuses