The game forcing download of all the stupid events mods without player's consent? 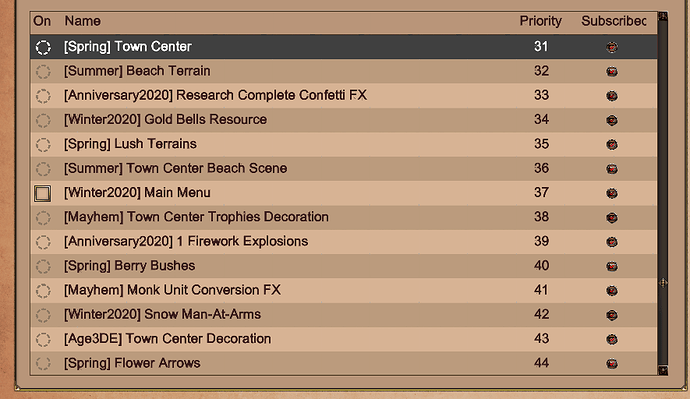 For no reason whatsoever, after I launched my game, it decided that it would be a good idea to subscribe to and download EVERY SINGLE cheap event mod that the game released so far, without ever asking me if i am okay with that or no. And there’s no way to cancel the stupid download, or unsubscribe, without first waiting for the mods to download. And with my slow internet, that’s gonna take a while. Not the first time this is happening to me.

This issue has been here for at least 6+ months, yet there has been no progress made on it whatsoever. There have been bug reports made by community, yet it was probably chosen as a low priority issue.

Thanks for listening or whatever.

Click the tick box button to stop the mod working. But yes, unsubbing does not work.

Game is has been made for skynet Internet and fast PCs in mind. Unfortunately.

What did you expect from Microsoft? To fix the game?

I hear ya, but this is not how you report a bug, go to the bugs section and file a report, this accomplishes nothing
Also try deselecting the mods from your profile (top right of the main menu) if you haven’t already

The bug has already been reported ages ago. And I’ve been told the devs don’t like duplicated bug reports.

Yeah that’s how I usually do it, deselecting them on the profile, but it takes a lot of time, the UI is very sketchy, lagging for like 10 seconds on every click. Today i had a follow up issue, after unsubscribing from like 10 mods via the profile UI, game froze completely, had to altf4, process usage still remained high forced me to shut down my PC.

But still, you are unable to Unsub until the mods finish download, that is the biggest issue. have to wait for them to download half a gigabyte of weird graphic mods, then unsub from all 30 of them. But who cares, we will get sicilians next patch, and all issues are gone.

I’m on the same boat. I’ve realised it happens when you lost connection to the game while in the main menu. It has been reported months ago, so let’s just wait it is fixed someday.

Subscribe to “Anne_HK Old main menue” without the quotes ofc. This isn’t my creation but I love it.

It was like that even before the new UI

main menu ui isn’t problem, I have that mod installed

but the profile UI, and the prompts that ask you yes/no, are new UI style, and that one is unchangeable.