The important and big comments made for Age of Empires 4 are my own detailed explanation. (The Viper, Rock, paper, shotgun)

The Viper’s comments about age of empires 4 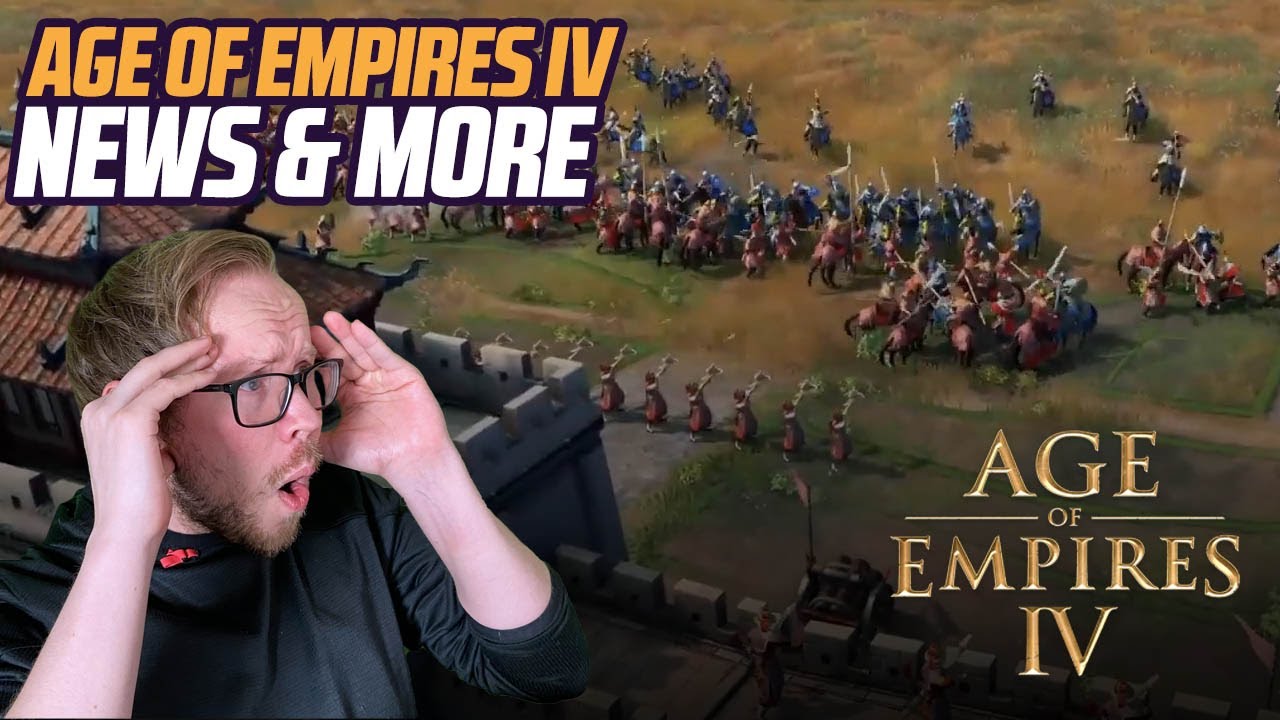 In my opinion, age of empires 4 has the capacity to be released as the best rts game of recent times.

I’ve done a lot of research on age of empires 4 and although there are bad reviews, the majority of people like the game.

nothing is perfect. Let’s talk a little bit about the mistakes of age of empires 4.
-horse animations
-the details of the associations

These are the most obvious mistakes in aoe4, in fact, we see in the first pre-alpha gameplay video that the soldiers are proportional next to the buildings. unfortunately this is broken in the last released gameplay video.

You can understand what I mean by looking at the two images below. 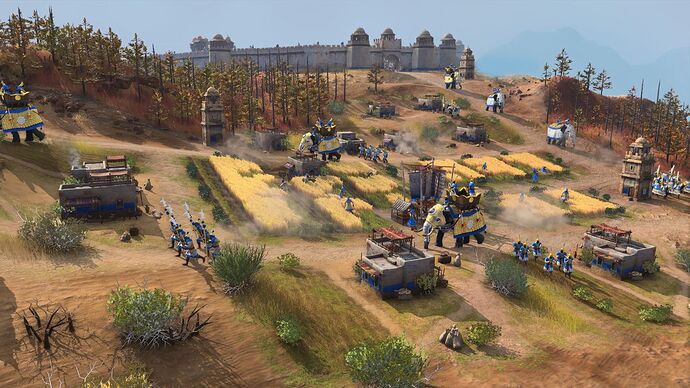 Whatever happens, the game looks perfect except for a few minor bugs, it will definitely be worth the money we give.

If we come to the positive aspects of the game

I put down the awesome scenes in the gameplay video 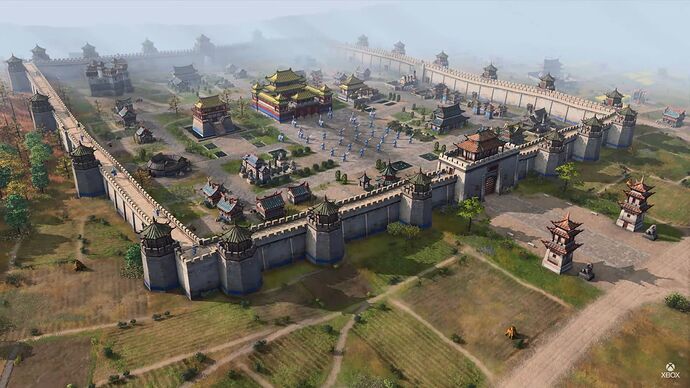 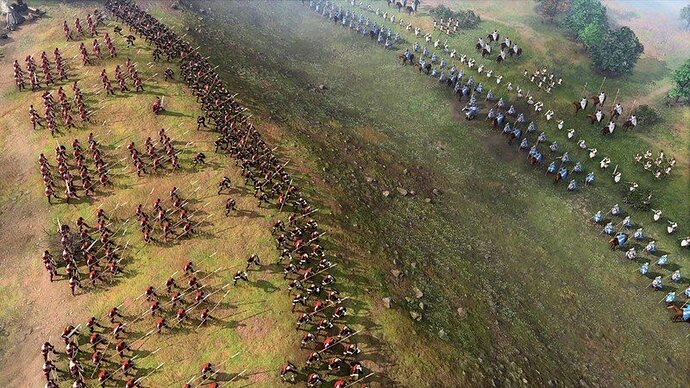 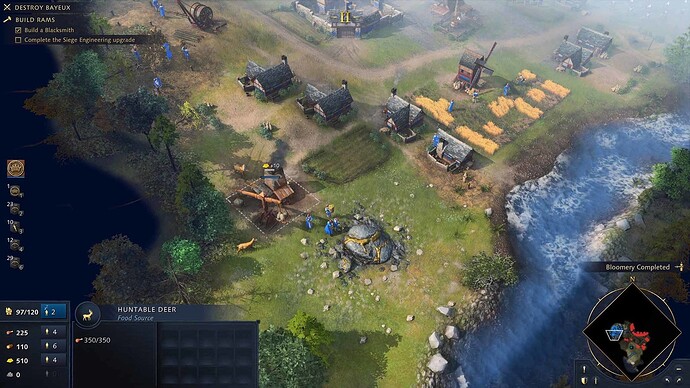 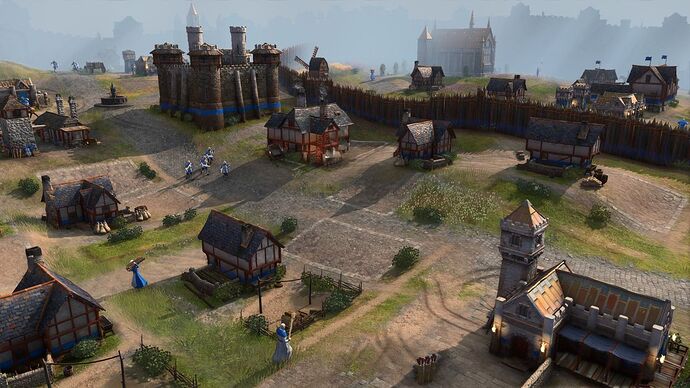 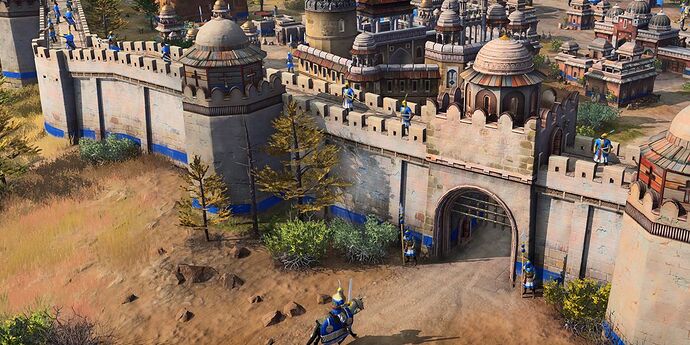 And also under the Viper video most of people don’t like It.

Actually, it is too early to talk about the game, but in my opinion there is no problem with the graphics, the design of the outdoor environment, mountains and many other things is nice.

The trouble in the game is the ratio of soldiers to the size of the buildings.

I hope they change it when the game comes out after all, for a longer time

Well, would you buy the game if it came out like this?

I would buy a game a with a good graphic. I’ll wait for the beta.
If Relic Will improve models (with high textures), animations and Building, i’ll Probably change my opinion.
For now Is a big No.

The artstyle they went for reminds me of Age of Empires Online
The units in blue are completely covered in blue instead of how we are used to in all other aoe games where they have a “touch” of blue
The buildings are tiny and cartoonish looking, especially the towers.
Goldmines look like a plastic apple pie.
Arrows and attack animations of some untis are very very poorly designed.
Weapon size is abnormal.
I hope the devs will rework some of the stuff, otherwise it will die out like AOE Online did

I’ve seen a poll about graphics on both this forum and on reddit and the majority of people actually like it unlike what all posts imply. So there are definitely enough people that don’t like it, but it’s not “most” or the “majority” and all these posts pretend that their opinion is a fact that it looks bad, but that’s not what the majority thinks.

Anyway, I hope that Relic will take the utter negativity with a grain of salt but does try to pin down the main points of peoples criticism and tries to polish as much as possible, creating a better game overall.

Where are this polls?
I see 50% people Who Say the graphic needs a change.