The Napoleonic Wars. I want the campaign that Ensemble Studios could have developed

I know that it is something difficult to achieve and most likely it may never happen, but it would be the last campaign that I would demand for the game.

I want it to be as elaborate as the 3 campaigns the game has so far. It is one of the most relevant war conflicts in history, and I think the most important in the AOE-3 timeline, so it would be unfair if a campaign on this subject was never carried out.

I would like them to include cinematics, narration and everything that a good campaign should have.

For me it is the ideal way to finish off the single player game mode with a flourish. I also believe that a good market campaign would draw the attention of those who are interested in this theme of historical events.

I sometimes demand too much but alongside this a campaign about the thirty years war would be… fantastic to say the least. These two wars are the greatest in AoE3 timeline and I would love to experience them.

I don’t know how popular and viable it would be, but a Napoleonic Era would be a great subject for AoE spinoff game.
Fewer civs that can have more depth and features (and are more varied and refined than core AoE3 civs that came from the same euromold), focus on one continent that leaves less things to worry about and allows to create more complex terrains and interesting maps. Considering power of modern PC combat in the age of artillery could be really amazing. Dynamic weather, destruction of terrain, more realistic lightning, some passage of time etc.
It would be very focused on history and I wonder how well RTS like that could sell. 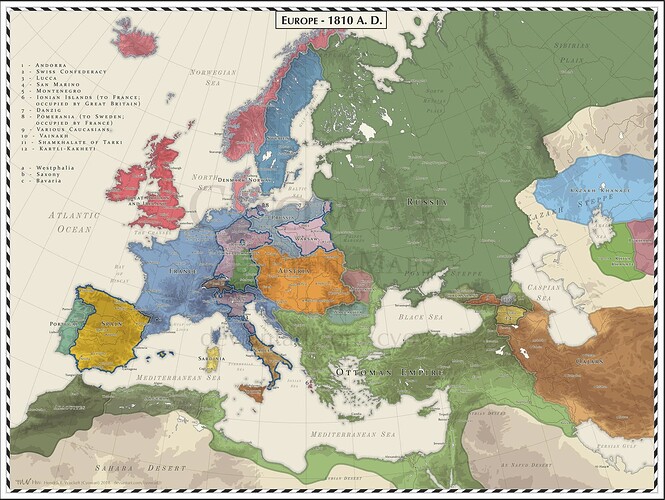 Of course, similar to the Fire campaign that covers 3 years (1812-1815), playing with Russia, Germans and British defeating Napoleon…that is, the Napoleonic wars have the same importance as the last phase of the hundred years’ war of aoe 2/aoe 4…

Of course, similar to the Fire campaign that covers 3 years (1629-1632), playing with Gustavus Adolphus defeating Wallenstein’s imperial troops… that is, the war of the 30 years have the same importance as the Crusades of aoe 2…

Of course, as happened with empire and napoleon total war…