The rider's spear should be replaced with a sword and shield

Are there too many long handled weapons in cavalry units?

Western knights, Eastern spear cavalry, riders and even fire lance are all using long handled weapons, which makes the picture look very single and boring, and can not highlight the characteristics of light riders’ rapid mobile combat. Of course, the most important thing is that light riders use spears in close combat, which is very strange and lack of sense of attack. 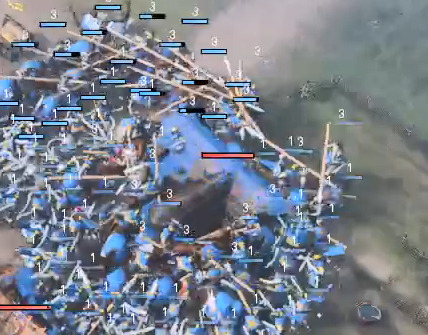 Therefore, it is suggested to replace all the riders’ spears with swords and shields(civilized style, of course), just like in the camel cavalry and the earliest promotional film, which can not only clearly distinguish between knights and riders, but also make the game picture more diverse.
The knight uses a spear and the rider uses a sword and shield. It’s just right.

The poles are there to overturn nearly three hundred years of historical inaccuracy dealt out by media sources, I suppose, but yes, it does look less appealing, to me, myself having been raised on cool pseudo-historical knights / cavalry with sword & shield. AoE2 also may have ruined my perception with the ever-adorable knight on a white horse with all the aesthetic pleasure one’s eyes could fathom back in those days.

Though, don’t the units switch over to swords during fights? I don’t really pay attention to many details like that as a Delhi player; just my elephants.

Aoe4 now lacks pure sword and shield cavalry, and does not need so many spear riders…

The rider’s spear should be replaced with a sword and shield.