The scoring and its insanity 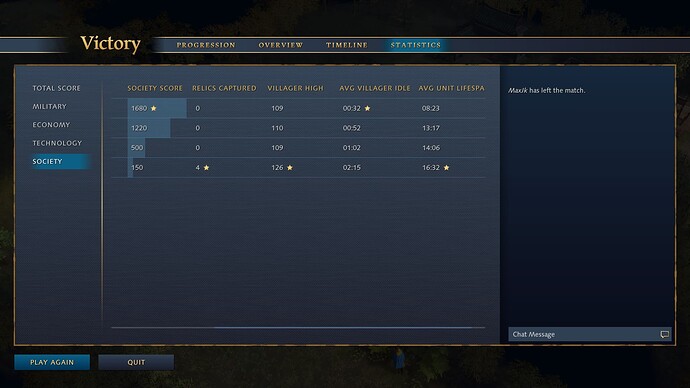 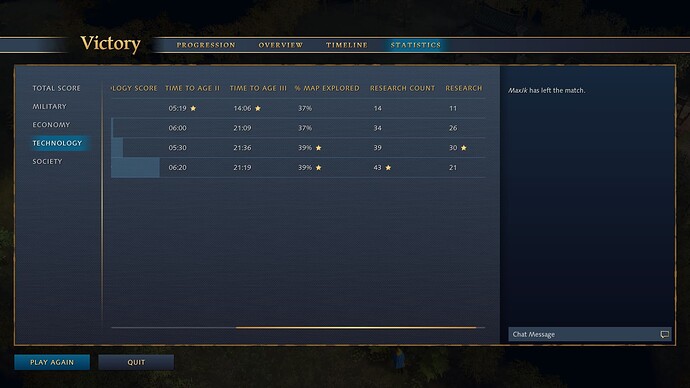 I’d love to know what is going on with the score counting. What is the research percentage from?
How is the society score calculated? How are any of them calculated? The numbers feel like the House Cup in Harry Potter, but Dumbledore has senile dementia and is just allocating points on a whim!

I love the fact that, despite researching all the techs with the Dehli sultanate, I get the lower technology score everytime xD

I had a game where I made the most effective military and crushed two players by myself, but it gave best military to my ally based on his age IV spam even though he killed around 30 units to my 200 or so.

I think score for tech at least is based on the amount of resources you spent on tech. As Delhi, this is always zero.

I suspect society score is money spent on certain buildings: perhaps blacksmiths, universities and TCs? It’s very unclear to me though

Yea, so the scoring is kind of meaningless lol. I can see why they chose not to show it in game!

Ahhh, OK. That kind of makes sense (but also NEEDS to be shown/stated for the scores to have any meaning, right?)

I agree, really odd to include scores that are so meaningless. I think these are a vestige of copying the end game stats screen from aoe2/3 without considering what’s changed in 4

Yea I think it must be that. The scoring was by no means perfect in age of empires 2, but it had more relatable details: relic gold, trade income, etc. The details they do include seem to bear no relation to the scores shown, which is just meaningless.