I created a discussion about this weapon known as the Staff Sling on the [Age of Empires 2] discussion section and it seems that some of those who expressed their opinions about it liked the idea of adding a new unit to the game that would wield this weapon, so I thought that maybe this tool could also arouse the interest of the [Age of Empires 4] community and that a unit with this weapon could possibly appear in the latest game.

(I am going to copy and paste all of the text that I wrote in the Aoe2 post about the Staff Sling, but make some minor adjustments, so here you go):

When it comes to siege weapons people usually think of Catapults, Battering Rams and all of these other huge siege engines used for breaching walls or for destroying buildings. But what if I tell you that there was a much smaller siege weapon that could be held by one person?

Let me introduce you to the “Staff Sling” also known as the “Stave Sling” or “Fustibalus” which it was called in Latin. As you can tell by its name the Staff Sling consists of a staff that has a short sling at one end. These weapons were apparently extremely powerful because the stave can be made as long as 2 meters (about 6 feet), which in turn created a powerful lever.

The Staff Sling did apparently have a similar or superior range to the Shepard’s Sling. It was generally suited for heavier projectiles than the regular sling and for siege situations as well. The weapon was good for sieging because it can achieve very steep trajectories for slinging over obstacles such as castle walls. According to Wikipedia the Staff Sling were in use well into the age of gunpowder as grenade launchers, and were used in ship-to-ship combat to throw incendiaries.

The [Staff Slinger] could serve as an early siege unit that can be trained from the [Feudal Age] if the [Siege Workshop] can be built during the second age. But they can also be available in the [Castle Age] where they will serve as a cheaper but short ranged alternative to the [Magonel] and [Counterweight Trebuchet]. The [Staff Slinger] unit’s siege capabilities will be heavily dependant on their numbers, therefore the more Staff Slingers there are on the battlefield the quicker they will destroy a building.

I also managed to find a link, including a short but concise video, about this weapon on the internet for anyone who is interested:

(Fustibalus: The Bazooka of The Ancients - HubPages)

(How to make and use the staff sling (fustibalus) - YouTube) 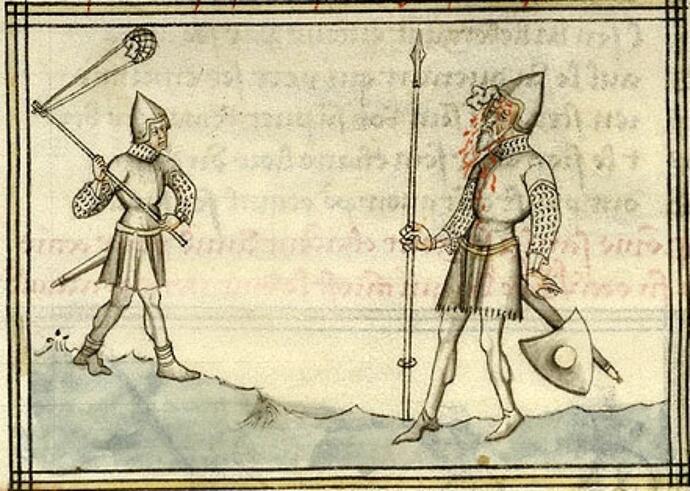 Mongols already used slings as grenade throwers on the horseback.
And again, it is not a siege weapon at all!

Bows and most ranged weapons can do that!
So again it is not siege weapon.

Slingers, javelin throwers, axe, mace holders, flails, clubs, hammers, there are a million different medieval weapons and ideas to create unique and interesting units for each civ, with unique names for each one of them. Instead AoEIV decided to stick with the prehistoric and boring man at arms, the spearman, the battering ram and the other AoEII units that make all the civs feel samey and characterless.

Here is some more information that I stole from another user by the name of @Bramkurtzio (Myself) from the [Age of Empires 2] discussion section.

I’ll copy and paste the text that I wrote in this other discussion that I created, but I will make some obvious text adjustments, so here you go once again:

When it comes to the Byzantines, the Eastern Romans, they did apparently use incendiary pots that were thrown by hand or launched by siege engines during warfare. According to a website known as the “Ancient & Oriental” (https://www.antiquities.co.uk/blog/byzantine/byzantine-fire-grenades/ ) these weapons became popular during the crusades (11th-13th century AD) and were used until the Mamluk era (13th-16th century AD).

The Byzantine fire bomb did apparently vary in shape and size so here is one example as for how it looks: 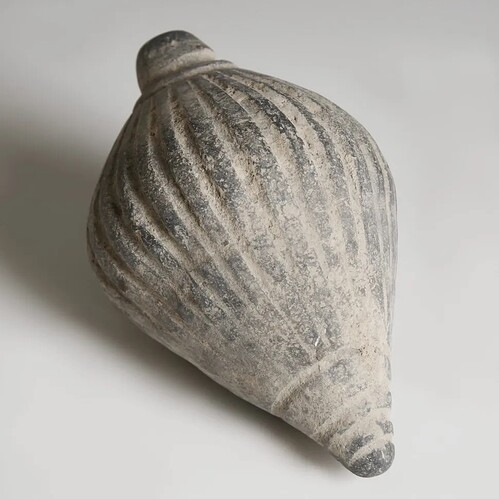 (But now that I think about it, this source was probably some kind of fantasy or game wiki, though this melee blocking trait would be a cool mechanic for this unit if it ever gets added to the game).