There is no way to fully modify the AI files

At the moment you can not fully modify the AI files and change the AI as it is done in AoE2DE. The main AI files are locked and cannot be changed.
Basic AI functions are strictly scripted.

Developers have given players the tools to modding the game BUT I think that the tools should allow a full modification of the game and including the AI scripts as it was in AoE2DE.

I hope we will be given this opportunity in the near future.

All the machine learning and the associated parameter tunings. Yes it does have a machine learning feature that learns from players but it seems to only work on micromanagement and unit compositions

I’ve been curious about this, can you talk more about the AI’s machine learning? I’m wondering, is the knowledge collective, or per player? Like, is the AI reading and learning from the meta, or does it have an isolated memory of each player that it applies only to that player?

I’ve seen the AI do some strange things.

When I was still learning how to play I noticed a difference between how aggressive the AI was in games that I was paired with an experienced player. The AI in those matches felt more ‘experienced’ as if they’d learned from the experienced player. Either that, or the better player just scared the AI into focusing on me more.

Last week I played like 10 games vs AI where I repeatedly dark-age rushed them. The AI is really bad in dark age. But one of the games the AI was English and they surprised me by basically doing their own dark age rush. They made a barracks in dark age and had like 5 MAA before I even started harassing them. Either that was just random or the AI actually did seem to figure out it needed to go all-in defense during dark age to survive against me.

The AI makes counter units to your units and that’s all machine learning is.

What the developers wrote about machine learning AI is very much exaggerated unfortunately .

Oh, that’s lame. I thought I read a bold promise somewhere that the AI would someday be impossible to beat (because of the machine learning).

Unfortunately, this is a marketing move as I understand it

I read those articles too. 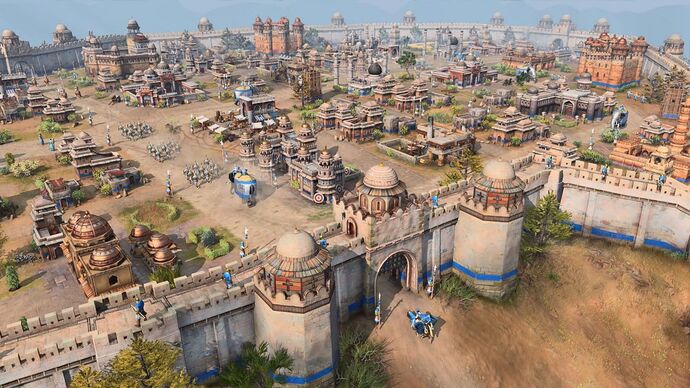 To avoid a classic RTS problem, Age of Empires 4 is toying around with an AI that will eventually become so smart you'll never beat it.

But I will say that the AI plays better with each patch.

They basically only said they would like to do that in the future and gave no sort of timeline.

I hope they do.
At this point, I wish the developers would give full access to AI script editing

Thank you for the feedback! To be honest, I don’t know what the editor plans are for AI. However, I will make sure the team sees this request.